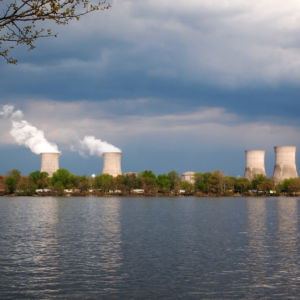 Forty years ago, the Three Mile Island nuclear reactor in Londonderry Township, Pa. was the site of a nuclear meltdown, America’s worst accident at a nuclear power plant. The power plant has continued to be in operation since the partial meltdown, but the reactor’s days are numbered. Exelon Corporation, which owns the reactor, announced on Tuesday that it will prematurely retire the reactor on or about September 30, 2019 unless the state of Pennsylvania changes its alternative energy portfolio standard.

“Today is a difficult day, not just for the 675 talented men and women who have dedicated themselves to operating Three Mile Island safely and reliably every day, but also for their families, the communities and customers who depend on this plant to produce clean energy and support local jobs,” said Chris Crane, Exelon president and CEO, in a statement.

The closure comes after Three Mile Island was unable to find buyers for its electricity at a recent auction, where it faced strong price competition from both natural gas and subsidized wind and solar. With natural gas prices at near-record lows, nuclear power is being priced out of the market. In Pennsylvania, wholesale power prices have been dropping steadily for the past ten years. Nuclear power, which has very static operating costs and fuel prices, lacks the agility other generating options offer.

Exelon is hopeful that legislators in Pennsylvania will be able to provide financial incentives to help keep the plant open. The company was able to win similar concessions last year in Illinois, where lawmakers voted to allow Exelon to collect as much as $235 million annually from customers to keep two nuclear power plants open. In Pennsylvania, some politicians have started to discuss ways of making nuclear power a more financially feasible option in the state.

Republican State Sen. Mike Folmer, whose district includes the Three Mile Island reactor, told PennLive that he feared that one source could become the state’s sole supplier of electricity.

“We want to make sure we have a balance. I don’t want one industry to monopolize our source of electricity, aka gas,” Folmer said. He fears that over reliance on natural gas could shock industry later if gas prices suddenly spiked. However, Folmer emphasized that he was against a “bailout” of the nuclear plant.

The support without subsidy question is rankling area politicians.

Gov. Tom Wolf, a Democrat, released a statement on Tuesday calling for a “robust conversation” on the state’s energy sector, saying that he “looks forward to engaging with the General Assembly about what direction Pennsylvania will go in regards to its energy sector, including the future of nuclear power.”

“[Three Mile Island] provides about 700 stable, family-sustaining jobs and nuclear power provides 38 percent of all of Pennsylvania’s electricity virtually emission free. No other form of electrical generation can produce more emission-free power, more reliably and with a smaller footprint than nuclear power,” he said in his press release Tuesday morning.

The Three Mile Island closure may signal the start of a rush of nuclear power plants going permanently offline, victims of a changing energy market and uncertain public acceptance. American nuclear generating capacity has remained stable since the 1990s and many reactors, like Three Mile Island, are more than 40 years old. Jesse Jenkins, a researcher at MIT’s Energy Initiative, points out that Three Mile Island is only the first of a string of nuclear reactors slated for retirement. Three reactors in New York and one in Illinois are slated to close in 2017, and another five will shut down in 2018 before Three Mile Island’s projected closure in 2019.

Replacing them has proven difficult. Constructing nuclear reactors is much more complicated than building a natural gas generator, or even a wind turbine. However, the responsibility for construction has fallen to utility companies, which may lack the specialized expertise needed to construct and operate a nuclear generator. As a result, nuclear power has been plagued by safety concerns and cost overruns for decades. In 2016, America’s newest nuclear power plant, the Watts Bar Unit 2, finally opened, more than 43 years after the project was first launched and at a cost of nearly $5 billion.

Given the low price of fossil fuels, investing that much money in a new nuclear reactor makes little sense for most utility companies. Nuclear does have one advantage, though: it is is completely carbon-free.

Even though nuclear energy is the most reliable source of carbon-free electricity generation, it has not received the same federal and state subsidies. In fact, much of the reason why the Three Mile Island generating station will close early has to do with Pennsylvania’s Alternative Energy Portfolio Standard. Under state law, electric distribution companies and electric generation suppliers are required to supply 18 percent of their electricity from renewable sources by 2020.

The law categorizes eligible alternative energy resources into two tiers, requiring that utilities “generate 8% of their electricity by using “Tier I” energy sources and 10% using “Tier II” sources by May 31, 2021.” Neither tier includes nuclear energy, despite the fact that nuclear power currently provides 93 percent of Pennsylvania’s emissions-free electricity.

Unlike the solar and wind power included in tiers I and II, nuclear generators do not receive state subsidies. Supporters of nuclear power, pointing to statistics from the Congressional Budget Office, argue that nationwide, renewables received 114 times more subsidizes per tera-watt hour than nuclear in 2016.

Exelon says that it is open to discussing potential solutions with lawmakers in Pennsylvania. In the meantime, it is proceeding with its plans to permanently close the facility.