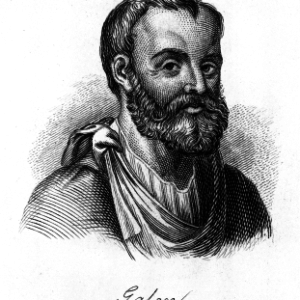 Three Steps Past Galen — the Promise of a Young Century

Very likely, health care in the year 2090 will be almost unimaginable to an individual in 1990 — and vice versa. Digital technologies and other innovations will alter the doctor-patient relationship in unprecedented ways. 1990 is a good starting point because that’s around the time the internet evolved from a closed, government-run tool of elites to the mass-market, civilization-changing environment it has become.

To understand how far we might travel in a short time, it helps to understand how far we have come in not too many years. I like to say the Internet Age is building a new medical epoch that carries us three steps past Galen. Galen of Pergamon (c. A.D. 129 — A.D. 216.) was a brilliant Greek physician and philosopher under the Roman Empire. Half a dozen or more fields of modern medicine have their roots in Galen’s work.

But Galen’s innovations quickly ossified into Galenism — a medical orthodoxy that assumed all illness was an imbalance of four bodily “humors” — blood, phlegm, yellow bile and black bile. This now-discredited theory formed the basis of Western medicine for 1,600 years. Over that long period, to question Galen was to commit heresy. In 1799, when George Washington’s physicians bled him to death to cure his flu, they would be among the last Galenist practitioners.

By around 1830, Western medicine took one step past Galen into a mindset we now call “therapeutic nihilism.” With the propagation of modern scientific methods, the medical profession suffered a profound loss of confidence in its own safety and efficacy and entered into a mindset and mode we now call “therapeutic nihilism.” In this period, doctors tended to observe and comfort patients, issue diagnoses and prognoses, and inform families on what the future held. To a great degree, however, their shattered confidence led them to adopt a hands-off approach, letting nature run its course.

Then, 20th-century discoveries led medicine a second step past Galen into what we think of as modern medicine. In this period, physicians were philosopher-kings. A long series of remarkable discoveries and inventions elevated doctors to historically unparalleled respect and prestige. The ancient paternalism of doctor over patient reached its likely apogee — and deservedly so.

But with the dawn of the internet, we take a third step past Galen, into a period when many of the 20th-century physician’s tasks can be safely and effectively conducted by nurses, other non-physician professionals, machines and even patients themselves. Modern computing and telecommunication allow us to reduce a great deal of medical logic to algorithms and to convey the outputs instantly and inexpensively around the globe.

In 2015, my mother’s life was likely saved by her iPad. While engaged with her in a FaceTime video conversation, her grandson, a young medical doctor, ascertained from her comments and appearance that she might be in the early stages of septic shock; from hundreds of miles away, he made sure she received immediate treatment. Her long life, which finally ended in 2016, covered 50 percent of the years since Galenism faded from Western medicine.

So today, we are two long lifetimes away from Roman-era medicine, and we can no more envision what the next step will bring than the doctor who delivered my mother in 1922 could have envisioned her diagnosis by iPad and salvation by antibiotics.

In 2017, American policymakers of all ideologies share three fundamental goals of reform: higher-quality care; more comprehensive care for more people; and less expensive modes of care. Public policy debates have focused mostly on how to divvy up relatively fixed health care resources — not on innovation and enhanced and improved supply. Such a debate effectively limits us to an uneasy choice: “Better care, more care, and lower costs … pick any two.” The results of such a zero-sum game can never be universally satisfying. There will inevitably be winners and losers.

Changing technology is the only way to achieve all three fundamental goals simultaneously. And that is the promise of our young century.