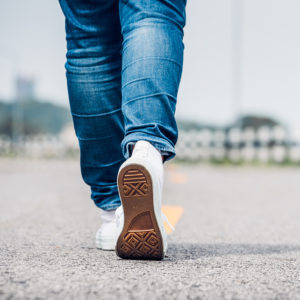 Three Young Women Share Their Journey on the Road to Discovery

These women pursued careers in medicine, education and theater as they sought to partake in society meaningfully.

This year, I explore three 20-something women to better understand their journey. I met Anna, Stephanie and Maya when they shared their stories for my book “At My Pace: Twenty-Somethings Finding Their Way.”

The assembled stories paint a group who feels anxious, sometimes despondent and yet intent on making a difference, but how? Two years later, I pulsed these contributors to get their update.

Anna’s story, “Imposter Syndrome,” reveals her struggle for self-worth. She writes, “It’s the woman who knows the answer confidently in her mind but finds herself apologizing as she quietly corrects her male co-worker. … It’s the college student who after receiving her first D-plus, gives up on her dream of becoming a physician because she just isn’t smart enough.”

That college student was Anna who upon graduation worked in a research lab while figuring out next steps and managing her feelings of inadequacy. Through a combination of mentors and meaningful research, Anna has returned to her dream of becoming a physician.

She has entered a post-bac program and is preparing to apply to medical school. While imposter syndrome still occasionally haunts her, Anna has affirmed her mettle and smarts. “I have a healthy chip on my shoulder,” Anna acknowledges. “But it serves me well.”

What motivates Anna besides proving to herself that she is worthy? “There are so many women in the room that never get talked about. Rosalind Franklin did meticulous research that laid the groundwork for Watson and Crick, and yet she is unknown, like so many other ‘hidden figures.’”

Two years since she wrote “Imposter Syndrome,” Anna feels confident and focused. As she sums it up, “I have constructed my village with family and mentors who have helped me believe in me.”

Stephanie grew up in a family of high achievers and was a successful student in her own right. When I met Stephanie, she had graduated from college and was supporting herself by waitressing and tutoring math students while working on an acting career. The huge strain of worrying whether she could cover monthly rent left her feeling that, “Grad school would be so much easier, but it isn’t my dream.”

Two years later, Stephanie sees her world differently. “The repeated experience of trying and failing was not good for my mental health,” Stephanie notes. With support from family and a counselor, Stephanie is focusing on her math skills and recently entered UCLA’s Social Justice Program to earn her teaching credential and master’s degree.

The program targets the underserved, which Stephanie says, “Allows me to pay it forward and help kids left behind.”

Getting to this point, Stephanie had to confront her feelings of “giving in.” “I learned to listen to myself and think about what I actually want versus hanging onto ideas,” Stephanie says. “I eventually understood that changing my trajectory did not mean I had failed.”

For inspiration, Stephanie looks no further than her adviser at UCLA who she admires for her knowledge and dedication. Stephanie also reminisces about her high school English teacher, who “set high expectations but reminded us we can do it.” Stephanie hopes to serve the same combo platter, while also doing some theater, whether at a school or as a side gig.

Front and center in Maya’s life is finding meaning in her “Layered Identity” (Maya’s story’s title). Maya was adopted from a Chinese orphanage at 9 months old and grew up in Cambridge, Massachusetts. “My outward appearance proclaims me Chinese while I have a Caucasian family and live an American life,” she writes.

This duality causes struggle — many awkward moments along with appreciation and gratitude for opportunities she’s been given. Maya believes that “to whom much is given, much is required” and is working to figure out exactly what shape that will take.

One year ago, Maya joined City Year, a nonprofit organization focused on social justice and identity exploration. Her work as part of the Leadership and Development team has reinforced that “we cannot be afraid to look inward, because the reflection we see helps shape who we are.”

Maya aims to “keep learning self-love and self-confidence.” While she is uncertain where she will ultimately land, she believes she will create a rich mosaic of many interests — youth, identity exploration and wellness — that will allow her ample opportunity to give back.

While the pioneering octogenarians had to challenge social constraints to get where they wanted, Anna, Stephanie and Maya have had a different battle. They have struggled with anxiety and self-doubt as they seek to give back.

In a world of social media hype, these women have matured quietly and with purpose.

They are living testament to Coach John Wooden’s saying that, “Character is what you do when no one is watching.” As we celebrate Women’s History Month, let us feel comforted that hands like these will lead the next generation.