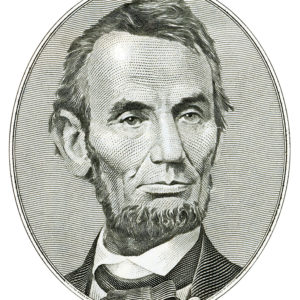 “ … until every drop of blood drawn with the lash, shall be paid by another drawn with the sword…” — President Abraham Lincoln, second inaugural address

Often when there is an intimidating mountain of books, one needs something else: another book. One such book was Martin Gilbert’s “In Search of Churchill: A Historian’s Journey,” published in 1994.

Gilbert, author of Churchill’s eight-volume, official biography, must have felt that a smaller book was needed as a guide. Or, more likely, he realized that big works on his subject abounded, so he wrote an informal book about how he wrote the official biography. It is a quick guide to the man Churchill, his habits and eccentricities.

Now comes an important book that, I think, will be invaluable for people who are overwhelmed by the 15,000-plus books on President Abraham Lincoln and the Civil War: “Every Drop of Blood: The Momentous Second Inauguration of Abraham Lincoln” by Edward Achorn. It is a small masterpiece, brilliant in concept and exquisite in execution.

Achorn has taken just one day, March 4, 1865, the day of Lincoln’s second inauguration, as the keyhole through which he gives us a 360-degree view of the Civil War: the players, the issues, the bloodshed, the misery, the sacrifice — and the folly, nobility and the cruelty of the war.

By that March, when Lincoln had been re-elected, the war was drawing to a close. It had claimed an incredible 700,000 lives, left families shattered, and the South in ruins.

At the center of it all was Lincoln, the gangling, ruminating, rube-like figure who wrote with biblical grandeur. Though torn by the war, he ordered that the Confederacy be crushed by whatever means to bring the war to an end — an idea that Gen. William Tecumseh Sherman’s men executed with sometimes barbaric zeal, especially in South Carolina and Georgia.

For me, the sorry plight of the prisoners of war is especially hard to take. On both sides, they suffered and died in degradation of disease and starvation. Yet Lincoln stopped the prisoner exchanges for two and a half years, adding to the death and misery on both sides.

The author — a deft hand at scenes and people — paints a vivid picture of the Washington of 1865, from a society party thrown by the rich Chief Justice Salmon Chase and his beautiful daughter, Kate Chase Sprague, which lacked nothing in sumptuousness, to the romance between Lincoln’s assassin, John Wilkes Booth, and Lucy Lambert Hale, the daughter of Lincoln’s ally and confidant New Hampshire Sen. John Parker Hale.

Achorn tells us of the mud that oozed and sloshed everywhere for the inaugural, as it had rained hard that day and the previous one. He details the permanent stench that came from the Washington City Canal, near Capitol Hill, which was failing as a commercial waterway. The canal was filled with human and animal feces, dead animals and other detritus of the city.

He also tells us of the social life, where young people met each other at fashionable tea dances at the National Hotel.

All this while the wounded lay in terrible pain in inadequate hospitals. This suffering recorded by the poet and reporter Walt Whitman, who went daily to comfort the hurting soldiers, and the pioneering nurse Clara Barton, who sought to talk to Lincoln about the missing.

Washington was a cauldron of a place that year. A place of hopeful African-Americans, freed from slavery but owning nothing, as well as profiteers, social climbers and office seekers, deserters and those who had fought and had been wounded.

There were those aplenty who hated Lincoln with passion and thought a second term would destroy the country. At the Capitol on that day of inauguration, when Lincoln delivered one the great pieces of American oratory, just 701 words long, there were admirers, like another great orator of the time, the freed slave Frederick Douglass, and haters who wanted him dead, including Booth, who had originally hoped to kill Lincoln during the ceremony.

Achorn is journalist, and he uses the skills of his trade to bring us as much of the flavor from contemporary accounts as he can find in letters and newspapers without, as academics often do, weighing down the narrative with whole letters and articles. This is a book that moves on efficiently, parading its characters, from politicians and newspaper editors to actors and prostitutes (a Booth weakness).

With skill and massive research, Achorn brings it all into one place on one day for us to see, feel and ponder.