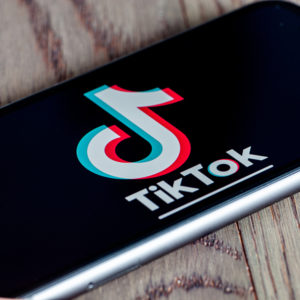 TikTok of the Election Clock Explains Trump’s Actions Against China

President Trump, in his frenzy to blame China for almost everything to get re-elected, threatened to ban from the United States TikTok, a Chinese-owned app used by young people to transmit funny dance videos.

Although the American media have covered the story primarily as a tech issue, it has never explored how preposterous Trump’s allegation that TikTok is somehow a security threat to the United States is.

Yet this phenomenon is nothing new. The media’s default position is to defer to the U.S. government on security issues, even though a litany of governmental lies, exaggerations, distortions and errors has occurred behind the veil of government secrecy.

For example, government shenanigans have surrounded even important events, such U.S. involvement in the Mexican War, the Civil War, World War I, World War II, the Cold War, the Vietnam War, and the invasion of Iraq. So the failure to question Trump’s dubious assertion that TikTok poses a dire threat to U.S. security in this far less important case is irresponsible.

In the case of TikTok, the U.S. government has alleged that the Chinese government might get access to the personal data of America’s young people and use it for unspecified nefarious purposes.

However, experts tell us that Chinese companies are sometimes pressured to give their government important security data but, in most cases, the companies can resist other governmental data requests. But even if the Chinese government got American youngsters’ data, so what?

Private companies all over the world get their personal data every day. More important, it would be far worse if garden variety criminals purloined the youth’s data.

Another allegation is that China could somehow censor or manipulate the platform and its fun videos. To make them not so much fun? This is a rich accusation, given the fact that Trump is trying to ban the entire app! And wouldn’t this action have First Amendment implications for our own freedom of speech and expression here at home — of which Trump has not really been a well-known defender.

Finally, the administration has argued that China is now such a general security threat that the United States needs to show it means business by taking the Chinese tech sector down a notch. A rising and more assertive China bears watching, but the country is now only a regional military power, and the United States intervenes militarily in China’s region (East Asia), while China is not doing so in the U.S.-dominated Western Hemisphere.

Chinese hacking of U.S. computer systems has become a problem, but so has hacking from Russia (related to the 2016 election), Iran, North Korea and other nations. And if past and recent suspicious events in Iran are any indication, the United States and Israel may be doing some of their own computer hacking of unfriendly states — maybe even against Chinese targets.

But perhaps an American cavalry — Microsoft — will gallop to the rescue and buy TikTok. Trump seems to be OK with that alternative, but this option won’t give him as much red meat to toss to his largely xenophobic base, as would just banning it outright. However, it finally may have dawned on Trump that doing away with TikTok might further alienate youngsters, some of whom are eligible to vote.

Young voters usually have low turnout rates at the polls, but if Trump took TikTok away from them, they could get riled up enough to up their game against him in an election in which it looks as if he’ll need to discourage every vote against him.

However, there doesn’t need to be an American takeover of TikTok to save national security, because TikTok posed very little danger to it in the first place.

If Trump bans TikTok, why not the multitude of other Chinese products coming to the United States? Previously, to pander to his political base, he mainly bashed China by starting a needless trade war and imposing higher tariffs, which while costly to American consumers, did not prohibit Chinese products from the U.S. market.

Trump’s threats against TikTok should make consumers skeptical that Trump’s war against Huawei, a Chinese communications company, is also less about national security and more about trying to get re-elected.