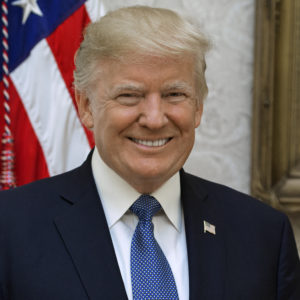 I’d like to introduce you to the power of not believing. There is, as President Trump has pointed out, too much believing going on and it is time for a national re-evaluation.

Take, for example, all this erroneous believing about sea-level rise. Guru Trump doesn’t believe in that, so it’s not happening. Billions of dollars are being wasted in cities, from Boston to Miami, to harden against something that isn’t happening. All that’s needed is a little non-belief.

Some admirals in the U.S. Navy have failed to get the message and are alarming their commands about sea-level rise on the East Coast of the United States, endangering naval installations. Particularly they’re suggesting that Naval Station Norfolk, the huge base in Virginia, is in trouble. These admirals and their adherents in the ranks should be reassigned and given shore duty on mountains so they can see the sea level is actually down.

In some quarters, the doctrine of not believing is losing ground and believing is seeping in. Wall Street stands out. Something should be done, maybe another tax cut.

While it was bastion of the power of non-belief, Wall Street has been backsliding; heresy has shown its ugliness. Masters of the Universe, to use Tom Wolfe’s designation, applauded the tax cut, ran wild, overdosed on Chateau Haut-Brion, went crazy rebuilding their summer compounds in the Hamptons, winter cabins in Vail and pieds-a-terre in Paris. President Trump smiled, his chief economic adviser of the day — a temporary job — beamed, and first lady Melania bought a new wardrobe. Everyone upgraded their private jets and joined a Trump golf club. Life was good for non-believers and there were bigger apartments in the skies over Manhattan.

Now some of those same worthies, those who believed that their guru had pointed the way to eternal and growing wealth, are muttering about huge deficits, rising interest rates and unsupportable debt service. Ingrates. They should be taken, along with the traitor former chief economic adviser Gary Cohn, to a place of re-education to learn again Trumpanomics and how to con the Arabs into buying condo glitz.

Just turn on the television and see the happy faces, the fulfillment, the sense of purpose, the smug certainty of the precious individuals who are wholly invested in non-believing. Take the happiest of all, Kellyanne Conway. What confidence, what assurance, what sense of inspired mission; how exquisitely she extinguishes facts, lays waste to data and bullies the truth. Or her colleague, the redoubtable Sarah Sanders, a devoted non-believer, who goes against an army of rude fact-pushers whenever she steps into the James S. Brady Press Briefing Room.

Non-belief defends Crown Prince Mohammed bin Salman of Saudi Arabia. What a sweet, dear young man, famous in royal circles for his humanitarianism and his interest in cadaver surgery.

Or raise a glass to that leader of men, sower of harmony, supporter of due process and virtuous murder squads, Philippine President Rodrigo Duterte. Non-believers can see the good in this man, so warmly embraced by Trump himself.

Non-belief gives you strength in all situations: defeat is victory, failure success and troubles melt away. Take North Korea: non-belief has wrought its masterpiece there. Where there was war and fear, now there is love, two great minds declaring their verisimilitude. A little more non-believing and the nuclear weapons will melt away like the trillion-dollar infrastructure project or the Mexican payment for the wall, which will restore our national dignity and save us from a deadly invasion of those begging to work.

The U.S. Border Patrol, the army and militias are doing a great job. But in the interest of non-believing, the president should dispatch his crack non-believers to the border: Rudolph Giuliani, lawyer on television; Peter Navarro, trade fantasist; and Kellyanne and Sarah.

Facts wilt before them.