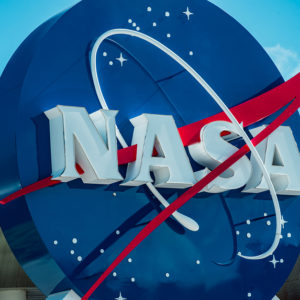 Time for America’s Astro-crats to Face the Unemployment Line

The U.S. Government Accountability Office (GAO), which investigates federal spending for Congress, has released its latest look at NASA procurement.

The “major projects” of America’s astro-bureaucracy “continued to experience significant cost and schedule growth this year and the performance is expected to worsen. Since GAO last reported on the portfolio in May 2019, cost growth was approximately 31 percent over project baselines — the third consecutive year that cost growth has worsened.”

The current estimate for the James Webb Space Telescope (JWST), “designed to help understand the origin and destiny of the universe, the creation and evolution of the first stars and galaxies, and the formation of stars and planetary systems,” is $9.7 billion.

That’s up 94.7 percent from the observatory’s fiscal 2009 baseline, which itself was quintuple the early figure of around $1 billion. (Once expected to launch as early as 2008, the JWST won’t be sent into the heavens until 2021 — maybe.)

Yet for crimes against the taxpayer, nothing can touch the Space Launch System (SLS) and its Orion capsule.

The former, a massive rocket intended to launch as many as 130 tonnes of payload, has experienced “further development cost growth of $700 million since 2019, for a total increase of approximately $1.7 billion — or 24.6 percent — above the program’s development baseline” of $9.7 billion.

That mark, though, was set in the 2014 fiscal year. SLS dates back further — to George W. Bush’s administration, when it was the Ares V rocket.

Nomenclature notwithstanding, the booster is treading what author Greg Klerkx called “familiar territory” for NASA: “Limited performance, huge price tag, and the triumph of self-interest over space-faring vision.” As for Orion, its contract was awarded in 2006, and the capsule has yet to transport a single astronaut. Amount spent: Over $18 billion.

In an era plagued by a $25 trillion national debt, vastly higher unfunded liabilities for nationalized eldercare and a downturn that could rival the Great Depression, the need to nix NASA is clear.

A vestigial bureaucracy still profiting from something it achieved in 1969, NASA has managed to stay alive, decade after decade, despite mounting irrelevance. In his seminal survey of the politics of America’s “Space Age,” Walter A. McDougall diagnosed the rapid decline of the once-proud pioneer.

After its successful moonshot, the historian wrote, Washington’s “technocratic machine soon broke down before imponderables ranging from the stubbornness of the North Vietnamese to the anti-intellectual rebellion on the campus, the public’s boredom with space, the perturbing influence of special interests, and exploitation of the system by the mediocre, lazy, or corrupt.”

With neither political nor popular support for a permanent moon base and/or a trip to Mars, the space shuttle became NASA’s dominant raison d’être. Big mistake.

A mind-bending boondoggle right from the start — it cost well over a billion dollars per flight and killed 14 crew members — the “Space Transportation System” failed to make the trip to orbit cheap, frequent and safe. So it was re-tasked, to haul cargo to and from the International Space Station (ISS).

The absurdly expensive outpost has produced no significant scientific breakthroughs or discoveries, and in 2018, NASA’s inspector general told Congress that the ISS had attracted “scant commercial interest” during its “nearly 20 years of operation.”

Today, NASA claims that the “Artemis” program will put “the first woman and next man on the Moon by 2024,” and then take “the next giant leap — sending astronauts to Mars.” (A few days ago, three companies secured $967 million in subsidies to design “the human landing system” for a lunar return.)

If economist Alexander Bick’s calculation that 34 million jobs have vanished since mid-March is accurate, laying off NASA’s entire workforce, as well as every contractor employee, would amount to a loss equivalent to 0.2 percent of COVID-19’s employment carnage. (So far.)

Case closed. It’s pink-slip time for a bureaucracy that should have ended eight presidencies ago.