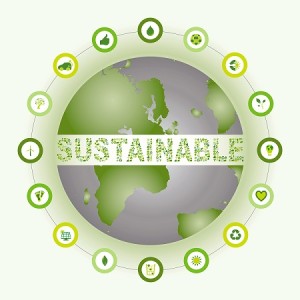 Time to Replace the Word ‘Sustainable’

For 2019, let’s replace a once-useful word that, like a guest who stays too long, has worn out its welcome. Depending on the context, it can sometimes have no meaning or far too many meanings (which is just as useless). The word is “sustainable.”

In a stricter sense, sustainable means minimizing the use of resources so that we don’t run out of them. But at times it also indicates, among other things, that we must stop doing important things, either by semi-popular will or government direction. That can include increasing our population, using energy for valuable purposes, driving (particularly alone), and eating meat.

Take plastic bags, which cause all kinds of problems. Cows and camels who eat them can die. Whales wash up on shores with bellies full of them. We can ban them or stare at the louts who refuse to use sustainable, reusable bags. Or we can ask whether there might be a discoverable solution.

Discoverable solutions can come from the most unlikely of places, like solar-powered drones. If we can someday deploy drones to deliver merchandise, we’ll no longer need to haul groceries home in cheap, petroleum-based plastic bags. It’s only one solution, and I have no doubt there are other ways to solve the problem.

As long as we’re thinking about driving to the store, let’s look at perhaps the number-one sustainability problem: running out of oil. The “sustainable” answer is to regulate fuel economy (i.e., through the Corporate Average Fuel Economy).

These predictions spur lots of concerned citizens to pose sustainability solutions like regulations and taxes. But there’s a reason the predictions haven’t come true: They ignore the discoverable options happening all around us.

The most recent solution is simply finding more oil, e.g. through fracking, although it has its own problems (which are also likely amenable to discovery). Fracking has made the United States a net exporter of oil.

Foods that are considered unsustainable have often led to restrictive rules rather than discoverable solutions. We are concerned about feeding a growing world population even as we throw out one-third of all the food we grow (40 percent in wealthy countries). The sustainability path includes regulating food waste and eating less meat. Discoverable solutions include new technologies like 3D food printers that only produce as much food as you need to eat and cell-based meat.

Feeding the world might also mean vertical farming, allowing us to grow food anywhere on less land and using carbon dioxide to enhance growth rather than expelling it as a waste product during transport. Farmers now use drones, satellite imagery and artificial intelligence to practice precision farming, allowing us to shrink the land used. We are now feeding twice as many people as we did in the 1930s using 12 percent less land.

We only have to look around to see all of the marvelous discoveries coming into use, including drones, robotics, nanotechnology, big data, artificial intelligence, gene-editing and so much more. When I was growing up, you could read Popular Science and Popular Mechanics to get a good picture of what was coming. Today there are so many discoveries that push well past the idea of sustainable solutions that it is nearly impossible to keep up.

As Shakespeare’s Hamlet advised his compatriot, “There are more things in heaven and earth, Horatio, Than are dreamt of in your philosophy.” Goodbye sustainability, hello discoverability.