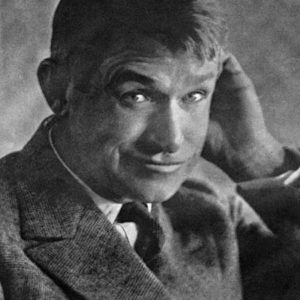 Posted to Politics May 08, 2020 by Richard Williams

House Speaker Nancy Pelosi alluded to the infamous Roman emperor Nero when saying that as President Trump “fiddles, people are dying.” The president, in turn, called her “a sick puppy” with “a lot of problems.”

In the midst of this nastiness, I wish we had someone like Will Rogers around. In 1928, Baltimore writer H.L. Mencken called him “the most dangerous writer alive,” but Americans love him to this day.

During a truly frightening pandemic, plenty of actors, comedians, musicians and less-famous types are doing what they can in an admirable, spontaneous effort to raise peoples’ sprits. Still, it would be good to have Rogers here, to help pull us together as our politicians and pundits divide us.

Rogers, part Cherokee, was born in the Indian Territory now known as Oklahoma in 1879. Over his lifetime, he worked in wild west shows, vaudeville, Broadway, movies, books and as a columnist for the Saturday Evening Post.

He didn’t trust politicians, wealthy people or Hollywood elites, although he once said, “I joked about every prominent man in my lifetime, but I never met one I didn’t like.”

With respect to our current senior politicians, Rogers might have repeated this remark: “Party politics is the most narrow-minded occupation in the world.”

Although he was a lifelong Democrat, he joked, “I am not a member of any organized political party. I am a Democrat,” and, “A cannibal is a good deal like a Democrat, they are forced to live off each other.”

Of course, he didn’t spare Republicans: “The whole trouble with the Republicans is their fear of an increase in income tax, especially on higher incomes.”

Congress wasn’t left out: “You know how Congress is. They’ll vote for anything if the thing they vote for will turn around and vote for them.” Nor did he forget about us, saying, “We cuss the lawmakers. But I notice we’re always perfectly willing to share in any of the sums of money that they might distribute,” and, “Elections are a good deal like marriages. There’s no accounting for anyone’s taste.”

So, during this health crisis — in addition to heroic nurses, doctors and respiratory therapists — it would also help to have a national humorist like Will Rogers step up. If it does not belittle people, psychologists say that humor helps to reduce stress and bring us closer together.

President Reagan, whether you agreed with him or not, tried to play this role. He once joked, “It has been said that politics is the second oldest profession. I have learned that it bears a striking resemblance to the first.”

He also made fun of himself, saying that he didn’t actually hear President George Washington’s State of the Union’s address in 1790.

As for comedians, the closest we have come to Will Rogers may have been the late Johnny Carson and his 30-year run on late-night television.

He appeared apolitical because, as one writer noted, “he believed that he had a much greater responsibility — to offer Americans of all political persuasions an island of good-natured fun, a place where everyone could laugh together, every night.”

Some modern-day comedians and commentators possess some of Rogers’ ability to relate to all kinds of people, but do any have the ear and respect of the nation the way he did?

Today, we don’t need much comedy about coronavirus. In fact, a lot of people don’t want to read or hear any more about it unless it’s a vaccine or a cure.

And we certainly don’t need more nasty jokes about particular politicians — you can joke about politics without joking about politicians. And we could stand to hear a little less from those comedians whose audience and ratings depend on predictable attacks.

Somewhere out there, there must be a new Will Rogers. Wherever you are, we need you.