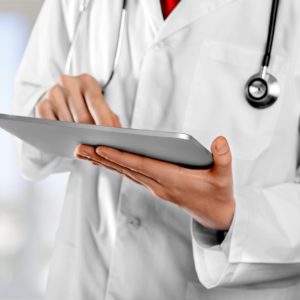 To Form a More Perfect Union for Public Health

The weekly, sometimes daily, chorus “to hell with the chief” would be of little interest except that the repeal of Donald Trump has an added refrain to replace him with perhaps one of the “courageous governors” who knows how to act in a crisis.

No question — governors are CEOs of their states and make big decisions. Indeed, many of our presidents came from governorships. Before we crown the governors for their good works in protecting the public health, let us put the “who is supposed to do what” in perspective given this health crisis.

When debating the Constitution, our Founders thought long and hard on how to form a more perfect union. During the ratification process, two groups squared off (Federalists and Anti-Federalists) about the balance of powers between federal and state governments.

In short, it made sense to make federal government strong, funded sufficiently to protect us from foreign threats, as there were several. An important section of the Constitution — health and welfare — gives strong authority to the states to protect, preserve and promote the health, safety, morals and general welfare of its people — often referred to as police powers.

Police powers enable states to preserve public health in areas ranging from animal control to West Nile virus. The historical and philosophical underpinnings of giving authority to local governments are that those closest to their people are in the best position to consider and protect their health and safety.

These include, for example, sanitation, waste disposal, restaurant inspections, car, bike and pedestrian control, and reporting of communicable diseases.

Public health activities and programs are different from our everyday healthcare visits to physician offices, hospitals and clinics. By design, there is some overlap in authority. Both of these systems have a heavy imprint from state governments.

Thus, the recent governors’ actions to thwart the spread of coronavirus is not heroic, rather it is expected and certainly appreciated. In addition, local health departments swing into action in a number of ways — health risk awareness and prevention education, surveillance and testing. If needed, warm handoffs are made to hospitals (the bulk of which are nonprofit), where well-trained professionals provide acute care.

If someone had a cardiac event in your home, you would call 911. Air Force One does not fly in to respond; rather, it is the local (often volunteer) ambulance corps or police/fire rescue that arrives. The person is taken to the closest hospital and not Walter Reed National Military Medical Center.

The notion that those in the White House have thrown up their hands and “left this serious health crisis to the states” is disingenuous and not helpful. The structure and function of this vertical federalism is no accident. It works when it is respected.

Almost all that takes place in a serious public health response does not come out of 1600 Pennsylvania Avenue. Instead, it is the work of the committed and talented people in the many federal buildings. They know how to work with state officials and their nuanced systems.

What is not reported enough is the work that White House officials are doing with the biomedical community to find a vaccine and cure for this virus and their efforts to call on heads of corporations to increase production of what they already make or how to retool their operations to make something new that is desperately needed.

State and local authorities are working with nonprofit and community organizations to help us get through this crisis — as they should.

The cavalier disregard for federalism is growing.

Examples of this “pick and choose” federalism includes such acts as loosening the use of recreational marijuana, declaring sanctuary cities, being at variance with car emission standards, and — recently in the city of Philadelphia — sticking a safe-injection site in a neighborhood in the still of the night against a federal attorney general’s orders.

Governors and mayors have been turning their backs to federal officials for some time. However, when the issue is money, they want some from the Feds, and they want it now!

No doubt, there is much stress in public health, healthcare and economic systems during this health crisis.

However, this constant blame-game and sorting of “who is competent to do what” and pontificating on “why we don’t have a health system like Utopia” works against our Founders’ architecture that sought to form a more perfect union.