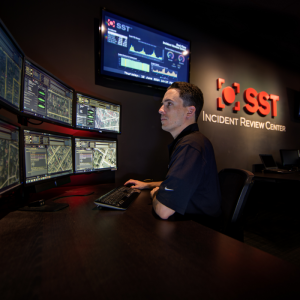 We all want to reduce gun violence, but often disagree about the best approach. One reason is that we don’t have enough information about which policies work. Police reports paint an incomplete or misleading picture of gun violence. In order to make real progress, we need better data. The good news is that better data exist.

Over ninety cities in the U.S. – maybe even yours! – use a service called ShotSpotter. ShotSpotter uses audio sensors to detect and locate gunfire incidents, and sends that information to police. These data are much more accurate and complete than reported crime data and 911 reports. The problem is that they usually aren’t released to the public.

Although your tax dollars pay for ShotSpotter’s gunfire detection service, your city probably does not own the data you’re paying to collect. ShotSpotter’s contracts typically state that the firm owns those data. This means that, unlike data on local crime, your police department cannot release ShotSpotter data. You, the citizen, cannot see whether gunshots were detected near your home, hiding crucial information about the safety of your community.

This information is important because it affects your safety. It’s also important because transparency helps you and your fellow citizens determine whether your government is doing a good job, and how it can do a better one.

Making ShotSpotter data public will help cities reduce gun violence by enabling better research. Reducing gun violence will require trial and error, along with rigorous policy evaluation. Most police departments don’t have the resources to do such analysis in-house. But economists, criminologists, and data scientists are specially trained for this type of work, and they could help — if given access to the data.

The way that cities handle ShotSpotter data will have long-lasting implications. Police departments are outsourcing more and more data collection to private tech firms. The deals we strike with firms now set precedents for future contracts. Owning the data is important in its own right, but also increases competition for government contracts by making it easier to leave one firm for another. If ending a contract – with ShotSpotter or any other tech firm – means losing all our data, we have less bargaining power. We should insist that our local governments retain ownership of any data that are collected or generated by these firms on our behalf.

I know that ShotSpotter’s leadership is serious about reducing gun violence. (Full disclosure: I’ve visited their headquarters to learn about the technology.) As an economist, I respect that it’s a private business that needs to make a profit. It claims that the data it generates are proprietary, and releasing them would reveal trade secrets.

However, information on the time and location of gunfire doesn’t reveal anything about the audio sensors or how they distinguish gunshots from other loud noises. Indeed, some cities do make their ShotSpotter data public, including Washington, D.C., and this hasn’t hurt the firm at all.  But it has helped those cities. Journalists and researchers – including me – have used those data to keep residents informed and improve policy analysis.

What can you do to increase the availability of these data? If your city currently uses ShotSpotter, ask if the incident-level data on gunfire are public. Some cities will give you aggregate statistics – total gunshots per month, for instance. That is not enough. They should release the time and location of each incident, the way they do for reported crime. If those data aren’t public, insist that they amend their contract with ShotSpotter so that your city owns those data in the future.

If your city does not use ShotSpotter, you’re still paying for its implementation elsewhere. Many police departments receive grants from the federal government to install this technology. Federal funding should be contingent on making the incident-level gunfire data public. As a researcher, I’m required to make my datasets public whenever I receive a government research grant (as long as those data don’t include sensitive information). The same should be true for police departments that use federal funds: if taxpayers are paying for data collection or generation, we should own those data.

Gun violence can seem like an overwhelming problem, but better data would help us reduce it. Collecting high-quality data on gun violence is the hard part – but our cities are already doing that! We simply need access to those data. To improve research and empower citizens to make their communities safer, let’s insist that ShotSpotter data be made public.