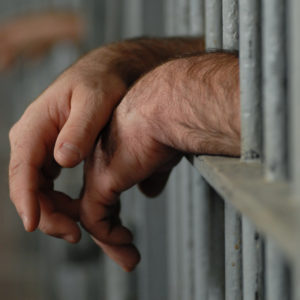 In May 2010, Kalief Browder was arrested and charged with robbery, allegedly for stealing a backpack. Bail was set at $3,500, which he was unable to pay. Browder insisted that he was innocent, and refused to take a plea deal that could have set him free. He consequently spent three years in jail without trial, enduring incredible violence and isolation. The charges were eventually dropped and he was released, but he never recovered from that experience. Just over a year ago, Browder committed suicide. He was only 22 years old.

Browder’s story might sound extreme, but there’s good reason to worry that our money bail system leads to many unjust outcomes, including wrongful convictions.

There are strong incentives for defendants like Browder to plead guilty to crimes even when they are innocent, and as a result 90 percent to 95 percent of convictions are reached through a plea deal.

In some jurisdictions, court-appointed attorneys have a financial incentive to pressure their clients to accept a plea deal quickly — they’re paid more if the case doesn’t go to trial. Aside from that direct pressure, defendants who can’t afford bail could lose their job or housing, or create hardship for their families, if they are detained for weeks or months while awaiting trial.

Given those potential costs, it is entirely rational for defendants to accept a plea deal that would return them to their lives faster, even if they are innocent. (Most of us probably wouldn’t have held out for as long as Browder did.)

This isn’t how our criminal justice system is supposed to work. Meanwhile, defendants who can afford to post bail face no such trade-offs — they simply walk out the door, return to their families and jobs, and prepare for trial from home.

How often do defendants plead guilty just because they can’t afford bail or a lengthy pre-trial detention? This has been a difficult question to answer. Pre-trial detention is correlated with worse-case outcomes such as conviction and incarceration, but this doesn’t mean that pre-trial detention causes those worse outcomes. Those who are detained because they can’t afford bail usually face higher bail requirements (because of more serious charges or previous convictions) or are poorer (and so are also less able to afford a good lawyer). Those factors could lead to worse outcomes, even if bail weren’t an issue.

To figure out the effects of the money bail system, we need something akin to an experiment, where some individuals are randomly assigned to pre-trial detention and others are not.

Randomly assigning pre-trial detention is clearly not possible here, but an important new study by economist Megan Stevenson exploits a natural experiment that has a similar effect. It turns out that the Philadelphia court system randomly assigns defendants to bail magistrates, who set bail during a very short hearing after arrest, but aren’t involved in cases after that point. Those magistrates vary considerably in their propensities to set bail, which means that some defendants are lucky and get assigned to lenient magistrates who tend to set no bail, and some are unlucky and get assigned to harsh magistrates who tend to set bail at levels the defendants can’t afford.

The random assignment to bail magistrates, therefore, produces random variation in whether the defendant can afford to post bail — very similar to the ideal randomized experiment.

Stevenson compares the outcomes of defendants assigned to lenient and harsh bail magistrates, and finds that the level of bail set in that first stage has striking effects on case outcomes. When a defendant is assigned to a harsh magistrate, they are more likely to be detained pre-trial because they can’t afford to pay the required bail amount. (Even relatively low bail amounts are a hardship for this population: for those who needed $200 or less to secure their freedom, 40 percent were unable to pay and remained in pre-trial detention for an average of 72 days. These were usually misdemeanor defendants.)

Because they couldn’t afford bail, defendants were 13 percent more likely to be convicted, relative to their lucky peers who were assigned to more lenient magistrates. On average, they were sentenced to spend almost five months longer behind bars, and were charged $128 more in non-bail court fees.

The higher probability of conviction is almost entirely explained by a greater likelihood of pleading guilty. In other words, the prospect of sitting in jail while awaiting trial — instead of being out on bail — puts intense pressure on defendants to accept a guilty plea, and many succumb to that pressure. This study convincingly shows that if they’d been able to afford bail, a large share of those defendants would not have been convicted of a crime. Many of those people were likely innocent. How is that justice?

There is currently a national movement for bail reform, and some jurisdictions are experimenting with new systems — for instance, basing pre-trial detention entirely on a defendant’s risk to the community, rather than their ability to write a check. These efforts are promising, and we should encourage other courts to try alternatives to money bail. This study provides valuable evidence that such reforms are sorely needed.