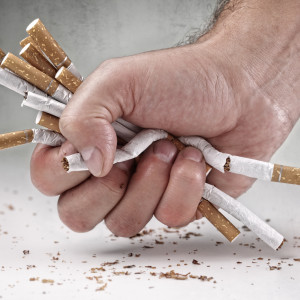 Tobacco 21 Is Unstoppable, but U-Turns Are Unacceptable

Walmart added momentum to the Tobacco 21 movement by announcing recently that it would raise the minimum age for tobacco sales in July.  So far this year the number of T-21 states has doubled to 12, and Senate Majority Leader Mitch McConnell has called for congressional action to implement the policy across the United States.

However, everyone is not in favor of curbing underage access — sort of.  Anti-tobacco crusaders who campaigned for years to increase the legal age for tobacco purchases made a sudden U-turn last month, calling T-21 a Trojan horse for the tobacco industry.

This is not the first time we’ve seen a T-21 turnaround. Unfortunately anti-vaping advocates have used this tactic multiple times in state legislative battles across the country. And it’s becoming increasingly clear that many of these activists never really cared about changing age restrictions as a means of keeping e-cigarettes out of the hands of underage users; rather, as soon as there’s an opportunity to enact a T-21 law, they tack to opposition, pushing for even more extensive controls like flavor bans and increased taxes.

The problem is that crusaders trade on fear, not facts. The facts tell us that smoking continues to kill nearly 500,000 Americans each year, according to the Centers for Disease Control. E-cigarettes and other non-combustible alternatives may not be perfect, but researchers now consider vaping to be 95 percent safer than smoking, and e-cigarettes provide a safer alternative for adult smokers. Science also shows that e-cigarettes are more than twice as effective at helping smokers quit than other nicotine replacement therapies.

Still, there has been a rise in teen vaping. And while e-cigarettes are a better alternative for adult smokers, we don’t want a new generation getting hooked on nicotine unnecessarily. That’s why a bipartisan Tobacco 21 bill was recently announced by senators Brian Schatz, D-Hawaii, Todd Young, R-Indiana, Dick Durbin, D-Illinois, and Mitt Romney, R-Utah.

There’s no need for this to be a partisan issue. Many organizations, such as the American Cancer Society, the American Heart Association, and the Campaign for Tobacco-Free Kids support the new legislation. These groups had originally endorsed Tobacco 21, then opposed it in several states, and now support it again.

Some anti-tobacco crusaders, however, continue to swim against the current, now insisting that Tobacco 21 legislation is a farce. Ohio State professor Robert Crane, president of the Preventing Tobacco Addiction Foundation, said of the federal Tobacco 21 bill, “The hair on the back of my neck stood up and I said, ‘This is really terrible.’” Ironic, since Crane’s foundation hosts the Tobacco 21 advocacy website with a long list of major medical organization endorsements.

Prohibitionists ostensibly support Tobacco 21, but they are capitalizing on the visibility McConnell brings to the issue to launch a thinly veiled attack on all safer products, even those still blocked by the FDA. IQOS, Philip Morris International’s new heat-not-burn product, has been available in 45 countries and has decimated cigarette sales in Japan, but the FDA just got around to approving it last week (after two years, or 1 million smoker deaths). We’re still waiting to see if the FDA acknowledges the unanimous findings of its scientific advisory committee and allows PMI to market IQOS as less harmful and likely to reduce risk of disease.

U.S. cigarette sales are declining as the market develops safer, satisfying alternative products.  But this is what is driving crusading prohibitionists crazy. For decades, they invoked burdensome legislation, litigation, taxation and regulation that failed to curtail the annual toll of dead smokers. Now, despite their latest efforts to promote the exaggerated, distorted and even imaginary dangers of e-cigarettes and teen epidemics, vapor products have become the most popular and most effective quitting aids for American smokers.

The fact is that while smoke routinely kills, tobacco and nicotine rarely do. Instead of supporting safer, smoke-free cigarette substitutes that help smokers step away from the fire, anti-tobacco crusaders promote policies that sustain the cigarette market, and its deadly consequences.

We have to keep all tobacco products away from underage teens while providing vastly safer smoke-free cigarette substitutes to their parents and grandparents. Tobacco 21 will help accomplish both of these public health priorities.

Brad Rodu ([email protected]) is professor of medicine and holds an endowed chair in Tobacco Harm Reduction Research at the University of Louisville.