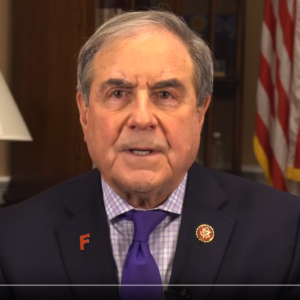 Top House Budget Dem: DC Can Spend All It Wants Because It’s ‘Like the Banker in Monopoly’

Representative John Yarmuth (D-Ky.) is Chairman of the House Budget Committee, which is playing a key role in crafting the $3.5 trillion reconciliation bill currently being debated in Congress. During a speech to the Louisville, Ky. Rotary Club in June, he explained why he believes the government can borrow and spend the trillions under discussion without any negative impact on the economy.

Below are his remarks, edited only for clarity and brevity.

We just tell the Treasury to pay the bills, to write the checks when the bills come in.

You say, ‘Well what about the debt, $28 trillion? Aren’t you piling it on our grandkids?’

No, we’re not. This is standard conservative rhetoric. And even some Democrats parrot it: ‘Putting it on our kids’ credit card.’

We’ve been accumulating debt in this country for 230 years. Not one person has ever been asked to pay for his or her grandfather’s profligacy. It never happens.

People were saying this, I’m sure, when the national debt reached $1 billion under Abraham Lincoln. I know they were saying it when it reached at least a trillion dollars under Ronald Reagan because I heard about stuff back then. It was a trillion under Reagan, it’s now $28 trillion. Has anyone been asked to pay off that debt?

No. Because we don’t have to.

We are like the banker in Monopoly. We create the money. We hand out the money everyone else plays the game with.

We are one of only about 10 countries in the world that are positioned to do it that way.  The U.K. is one, Canada, Japan, Brazil,  there are a few but not very many. The EU can’t because they share their currency.

There’s a book called “The Deficit Myth” written by a woman named Stephanie Kelton. It’s basically the best exposition and explanation I’ve heard of what is called Modern Monetary Theory.

And Modern Monetary Theory is exactly what I’ve just described: When you have a sovereign currency, you can basically do whatever you want, spend whatever you want. The only constraint on your spending is you can’t put more money into the economy than the economy can absorb.

What’s the problem with doing that? What would happen to the price of houses? Obviously, there wouldn’t be enough housing stock and prices would go through the roof. And it would make that voucher pretty much worthless for a lot of people.

So that’s the constraint.

But what’s happened is that Milton Friedman’s school of economics — which is basically what we’ve all been living under for 70 years — has been proven to not be true.

People say, ‘Well, if the president’s budget is enacted, the debt to GDP would be 117 percent, the highest it’s ever been in the country’s history.’

That’s true. But Japan’s debt to GDP ratio is 240 percent, more than twice ours. They have zero interest rates on their bonds, they don’t have any inflation. They aren’t an exact comparison, they have their own problems.

The point is there are more and more economists saying perhaps we’ve been looking at this wrong, the issue of debt and what it means. One of those people is Jay Powell, chairman of the Federal Reserve, who is not a liberal Democrat – he’s a Republican appointee.

A lot of economists are saying now we need to start looking at this differently because it is different than what we have been operating under for the last several decades.