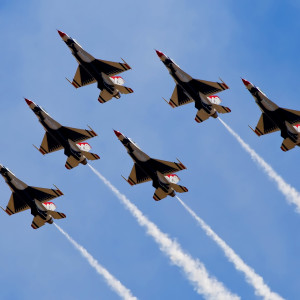 Those descriptive words conjure images of “Star Trek” vernacular from science-fiction television. We almost can hear Capt. James Kirk barking out orders from the bridge of the Starship Enterprise.

Instead of associating those commands with the fictitious Captain Kirk in a make-believe world, we likely will hear them for real from today’s U.S. generals and admirals.

“I can see one day unmanned vehicles used to deliver ammunition and chow for military forces,” said Gen. Mark A. Milley, chief of staff of the U.S. Army since August, in referring to the use of robotics to save lives on the battlefield.

They discussed the military experience in a comprehensive context, including algorithms, data study, gender equity, diseases, science and technology, human adaptation, existential threats, counterterrorism and battle-zone strategies, before a full-house audience of about 250. We witnessed intense conversation, as well as slide shows, PowerPoint presentations and interactive polls.

With that, some of the futuristic technologies mentioned by the military hierarchy are simply fascinating. That is, as long as the ultra-slow wheels of the federal government don’t impede the process.

Milley, along with his colleagues from the other military branches, lamented the molasses-like pace of the approval and implementation system and methodology. A visibly exasperated Milley focused at length on a seemingly interminable plan to equip Army soldiers with a new pistol, a process that the general said has taken the Department of Defense nine years at a cost of $17 million just for testing.

Noting that it often takes years, if not decades, to acquire new cutting-edge equipment and material, Milley said, “There has to be a way to speed up the process.”

Gen. Robert B. Neller, nominated by President Barack Obama last summer to be the 37th commandant of the U.S. Marine Corps, said his military branch will be better equipped at information and electronic warfare. “Cyberterrorism needs more attention and emphasis,” Neller said.

He added the Marine Corps will set a goal of increasing female participation from 7 percent to 10 percent.

Adm. John M. Richardson, chief of U.S. Naval Operations, said of his top high-tech goal: “I want to get an unmanned aircraft on the deck of a carrier.” And soon, he told panel interviewer Jim Sciutto, national security correspondent for CNN.

Saying they are a big part of our future, Richardson also wants to expedite the development of laser weapons and the “Star Wars” movie-like rail gun, which is fueled by electricity. The advantage of deploying an electromagnetic rail gun on battleships is the velocity effect: It fires rather slender, 18-inch projectiles at a rate of seven times the speed of sound, which increases both impact and destructive effect on the desired target.

Gen. David L. Goldfein, vice chief of staff of the U.S. Air Force, addressed the virtues of “networked warfare.” What’s that when you are a jet fighter pilot? “Today’s F-35, before you even start moving,” Goldfein said, “it does machine-to-machine communication with displays on the helmet.”

That helmet is like something out of “Buck Rogers in the 25th Century” and Oculus Rift. The helmet contains colorful, other-worldly features that light up like an oversize iPhone: six camera feeds that allow a pilot to view video on the helmet’s face shield; a locked-in cueing system that allows a pilot to aim weapons simply with the use of eyes; night vision for missions in the dark; and a missile-warning system.

When will we see these innovations in routine deployments? Some could be implemented by the end of the decade, which prompted the military commanders to figure that in 10 to 15 years the fundamentals of U.S. battle engagement will be markedly different.

Said Gen. Milley to interviewer Barbara Starr of CNN: “There’s a lot of technologies that are being tested that will change the fundamentals of war.”