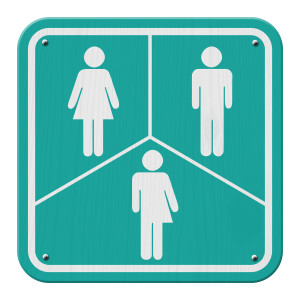 Transgender activists demand that society affirm and celebrate the choices of those who identify with a gender different from their actual biological sex at birth. These demands apply to even the youngest of those suffering with gender dysphoria — children as young as 3 years old. However, such a position may not serve the long-term best interests of the child, either medically or psychologically.

Psychiatrist Susan Bradley and psychologist Kenneth J. Zucker, both of the University of Toronto, have worked extensively with children with gender dysphoria. They report only a tiny percent of those who exhibit cross-gender behavior in childhood become transgendered adults.

Transgender activists see social acceptance as a panacea, but there is no evidence that children permitted to change gender identity will avoid the negative outcomes associated with transgender identification in adulthood, including higher rates of suicide, health problems and need for psychiatric care. Zucker and Bradley report success in treating children for gender dysphoria, and view failure to offer such treatment as “irresponsible.”

Classifying students as male or female on the basis of their biological sex at birth is logical and objective; classifying them on the basis of a subjective, self-selected gender identity delegates to children a potentially life-changing decision they do not have the maturity to make; and may well be counter to their own best interests.

Therefore, the backlash against recent bills in South Dakota and North Carolina that addressed the issue has been ironic — since both bills actually authorized a generous accommodation to transgendered students.

Although the demands of the transgender movement raise several important public policy issues, the question of sex-separated public facilities (such as restrooms, locker rooms and showers) looms large in the public consciousness.

When using public facilities devoted to such private activities as using a restroom, and even more when using facilities that involve undressing or appearing nude before others (such as a locker room or shower), people have always been able to count on being separated from the view and presence of people of the opposite biological sex. This policy helps protect individual safety against the threat of sexual harassment or assault and also protects a basic sense of privacy and modesty.

The demand that transgendered people be permitted to use the facilities that correspond to their chosen gender identity rather than the ones appropriate for their biological sex has thrown this longstanding assumption into doubt. For a woman — or especially a young girl — to have anxiety about the possibility of sexual harassment or assault when sharing such a facility with a biological male is hardly unreasonable. And even if no harassment or assault occurs, the violation of privacy and modesty still remains. No amount of indoctrination into gender ideology is likely to persuade most women and girls that bodies do not matter.

In 2013, the Massachusetts Department of Education issued guidelines on gender identity that stated, among other things:

“The Department … recommends that districts include an appropriate number of gender-neutral restrooms …, and at least one gender-neutral changing facility, into the design of new schools and school renovations.”

The South Dakota bill regarding school bathrooms, HB 1008, required “reasonable accommodation” in the form of “a single-occupancy restroom, a unisex restroom, or the controlled use of a (faculty) restroom, locker room or shower room.” Despite this, the bill was opposed by transgender activists and was ultimately vetoed by Gov. Dennis Daugaard on March 1.

Similarly, North Carolina’s House Bill 2, signed by Gov. Pat McCrory on March 23, authorized “accommodations such as a single occupancy bathroom or changing facilities or controlled use of faculty facilities.”

This generous accommodation may involve costs to the taxpayer in the construction or renovation of schools. However, it would answer the concerns both of transgendered students (not to use a facility that conflicts with their gender identity) and of the vast majority who are not transgendered (not to be forced to share these facilities with someone of the opposite biological sex). Yet this provision — recommended by Massachusetts, required under the South Dakota bill and now authorized by North Carolina — is being attacked as unacceptable “discrimination” by transgender activists.