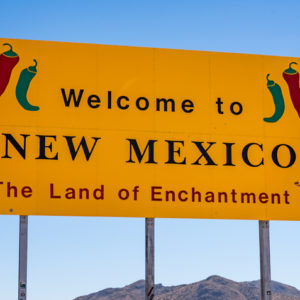 Personnel lawsuits shoddily — and politically — reached. A panel “organized in an advisory capacity” that meets secretly. A gubernatorial appointment calendar that was not updated for seven weeks. Financial reports filed late. Legislative testimony/presentations that never make it to the internet.

It’s almost as if there are things New Mexico’s “public servants” don’t want us to know.

To veteran government-watchers in the Land of Enchantment, the Office of the State Auditor’s exposure of “abuse of power” and “a lack of transparency” relating to “political appointees by our former governor” was not shocking.

Specifically, the consultants hired to unearth trouble with the General Services Department’s Risk Management Division found “legal settlements from Gov. Susana Martinez’s administration that were fast-tracked, approved with little to no investigation or documentation, and then buried under illegal confidentiality agreements.”

“[C]hecks issued prior to execution of settlement agreements, a clause requiring settlement funds to be used to repay personal debt, settlements paid prior to finalization of investigative report, lack of support for settlement amounts” — read the whole ugly audit yourself, and weep for the New Mexico taxpayer.

The Republican former chief executive’s chicanery, brought to light in May by Albuquerque’s KRQE, is merely the latest eruption of state government’s supervolcano of ineptitude, misconduct and greed. Perhaps it’s a lack of public interest. Certainly solipsistic pols and bureaucrats — who have it easy and want to keep it that way — rarely step up. But regardless of the reason(s), transparency and accountability are seldom priorities in Santa Fe.

Earlier this month, an investigation by reporter Michael Gerstein revealed that the “Methane Advisory Panel” appointed by Martinez’s replacement, Democrat Michelle Lujan Grisham is not meeting in public, and the even “time and place” of its get-togethers “are kept private.”

The Santa Fe New Mexican’s sleuth added that “there have been no published meeting minutes, agendas or news releases on what the panel has discussed from the Governor’s Office or the New Mexico Environment Department, despite the political importance of these closed-door sessions.” (Just a few days ago, responding to an inquiry by The Associated Press, Lujan Grisham’s administration “resumed publication… of a running list of her appointments and work travel after a seven-week lapse.”)

Maybe the governor, in office less than a year, will do better with the state’s financial disclosures. After all, there’s ample room for improvement. Truth in Accounting is out with its annual look at how well states supply “candid and transparent information about their… fiscal health.”

The Chicago-based organization explores the comprehensive annual financial report (CAFR) of every laboratory of democracy and assigns scores based on eight criteria, including the placement of retirement liabilities on balance sheets, whether independent auditors have issued an unqualified opinion, and if the documents are “easily accessible online.”

True to form, New Mexico was no star. Just four states ranked lower. Navigation and accessibility for No. 46 were poor, and the 2018 CAFR was finished ludicrously late. The report was qualified rather than “clean,” and the measure of New Mexico’s net pension liability did not conform to the date of the CAFR itself.

While the executive branch’s good-government sins are many, the legislature shouldn’t escape scrutiny. Want to review the information “packet” supporters of a taxpayer-subsidized soccer stadium for Albuquerque distributed to members of the Economic and Rural Development Committee on November 14th? You can’t.

“NEHAA” is a common result for legislative researchers. Disturbingly, an entity that claims to “improve performance and ensure accountability through the effective allocation of resources for the benefit of all New Mexicans” is one of the worst offenders.

Three weeks ago, the Legislative Finance Committee met to hear funding requests from dozens of departments, councils, commissions and boards. A week after the hearings were held, more than 40 of the handouts/PowerPoints/testimonies offered by witnesses were not available online.

Pestering by an InsideSources columnist induced the posting of several, but the list remains incomplete, with the Judicial Standards Commission; Department of Game and Fish, State Commission of Public Records; Educational Retirement Board; and Commission for the Blind still AWOL.

In “defense” of the absent documents, a committee staffer emailed that “handouts were not provided by every agency.” Well, isn’t that problem worth addressing?

Not in New Mexico, apparently. Transparency? Accountability? Nice, in theory. In practice? Sounds like a lot of work.