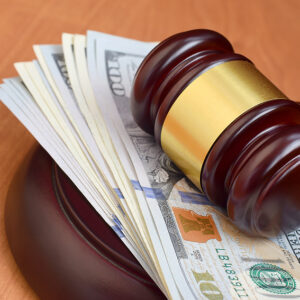 “My lawyers will tear that contract apart before breakfast,” said numerous movie and TV actors playing the role of the arrogant corporate antagonist. The variety of threats rings with a tone of authenticity, given the American public’s largely negative view of lawyers as unscrupulous, greedy and willing to bend the rules in their favor.

Public sentiment is especially unforgiving toward trial lawyers, who had the presence of mind to remove the words “trial lawyers” from the name of their association in 2006. Primarily seen as possessing the ability to rain misery on just about anyone with an aggressive lawsuit, regardless of its merits, frequently the damage from these lawsuits has the power to harm far more people beyond those directly involved in the litigation.

Such a case is before us now, threatening injury to Americans’ medical care, our economy and sound legal precedent. A putative class-action suit, Carmen v. Health Carousel LLC is exploiting amendments to the Trafficking Victims Protection Act (TVPA), a law that allows victims of human trafficking to take their traffickers to court in a private action for damages.

The TVPA is important and historic for providing victims of horrific abuse the chance to earn back a small glimmer of justice for their suffering. Now it is being shamefully exploited in court by a handful of trial lawyers to break employment contracts voluntarily entered into by foreign nurses and physical therapists working within their professional capacity.

It is clear from its intent and legislative history that the TVPA was not written to assist trial lawyers in seeking big payouts for simple contract disputes, but Carmen, removed from state court to the U.S. District Court for the Southern District of Ohio, would do just that. The complaint in the case — which the court has graciously allowed the plaintiffs’ lawyers to amend three times now — alleges that an established labor recruiter subjected its employees to “indentured servitude.”

The defendant, Health Carousel, is an established recruiter of foreign-trained healthcare professionals who wish to work in the United States and is widely recognized in the industry as a highly reputable company with an unblemished reputation.

The Carmen lawyers claim that, by “threatening” to enforce the contract between Health Carousel and the well-educated, multi-lingual nurses and physical therapists whom it brings to the United States at its own cost, the recruiter abuses the legal process to isolate workers and subject them to “draconian” terms of employment.

The complaint argues that standard terms in employment contracts like non-compete agreements and liquidated damages in the case of a breach are equivalent to confiscating identification documents, threatening deportation or physically holding workers captive.

While alternative counsel might have taken on the plaintiff’s case, reviewed the employment contract, and possibly found a colorable claim under contract or labor and employment law, current counsel has instead chosen the route of class-action litigation, using a claim that could net punitive damages and the type of glory that is the dream of first-year law students.

The plaintiffs in the case are, without exception, highly educated professionals with the capacity to understand the nature and terms of the contract they signed and more than capable of having sought legal advice prior. From the moment the contract was within their possession, they knew that they would be agreeing to work a certain number of regular-time hours in exchange for their new employer sponsoring their immigration visas, bearing the costs of transportation and initial housing, and providing the training necessary for licensure in the United States, among other benefits.

Should the plaintiffs win, it will greatly exacerbate America’s growing nursing shortage, which the American Nurses Association urged the federal government to declare a national crisis. Employment companies and recruiters will be far less willing to contract foreign workers, knowing a quick call to a lawyer could leave them with nothing. An intensified shortage of caregivers affects home care, hospitals and clinics and will lead to longer waiting times and higher healthcare costs for patients.

Despite being highly trained, the lawsuit alleges the plaintiffs are not intelligent enough to understand the contracts they signed. If so, the case should be nothing more than a simple contract dispute, or it could even be argued as an applicable statutory violation. There are many avenues to attack a contract’s validity in court, but almost none of them allow the kind of massive payout the punitive damages clause of the TVPA offers.

To compare the professional contract workers in this dispute to the victims of the brutal and dehumanizing world of sex and human trafficking is outrageous and patently offensive, which is why the Carmen case must be firmly defeated in court.

For the sake of an honest company, American patients, our healthcare system and those aspiring to come to America to work in the healthcare field, the courts should stick to contract law precedents that don’t favor tearing up valid agreements under the pretext of a misapplied statute written to protect genuine victims.