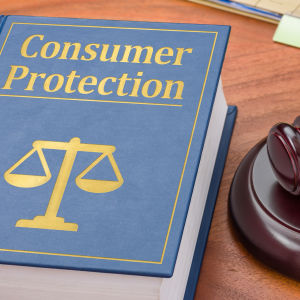 Trial Lawyers Likely to Fare Better Before a Post-Scalia Court

Justice Antonin Scalia wasn’t just the Supreme Court’s pivotal vote on abortion, affirmative action and other social issues. The late conservative jurist was also the linchpin of a multi-year push by the U.S. Chamber of Commerce and the Republican Party to chip away at a central pillar of Democrats’ support: trial lawyers.

The Supreme Court has considered, but did not decide before Scalia’s death, a case involving the ability of Congress to allow consumers to sue for damages under federal statutes, even when the harms can’t be explicitly quantified. The suit, Spokeo vs. Robins, is part of a tapestry of efforts that have, or would still, squeeze the ability of the plaintiffs’ bar to sue for big-dollar damages.

“Much of what is going on here is the long game,” said Ira Rheingold, executive director of the National Association of Consumer Advocates.

The year 2016 may be regarded as the crucial inning in this game, one in which — to extend the baseball metaphor — the U.S. business lobby lost one of its most valuable players in Justice Scalia.

Republicans over the past few years have kept up pressure on Democrats by highlighting their links to trial lawyers at every opportunity. This year, the business lobby had its eye on a major victory at the Supreme Court, one that could have defanged federal consumer-protection laws and barred Congress from doing anything to revive them.

Though they may differ on the merits of the regulation, legislation and court cases, lawyers who are otherwise antagonists on the substance agree that the death of Scalia may become a turning point in their lengthy battle.

“He was a vote I counted on when I was at the Supreme Court,” said Alan Kaplinsky, head of the consumer financial services practice at Ballard Spahr, a Philadelphia-based law firm. “The industry as a whole depended on him.”

Deepak Gupta, a partner at Gupta Wessler, is a consumer-rights attorney who has faced off against Kaplinsky in and out of the courtroom. “Without Scalia on the court, the justices are not going to kill enforcement of federal consumer protection statutes,” Gupta said.

The power of trial lawyers to bankroll the Democratic Party has been a preoccupation of former George W. Bush consigliere Karl Rove since well before the Bush scion became governor of Texas and then president. And trial lawyers have indeed been contributing to Democratic coffers for years.

According to the Center for Responsive Politics, trial lawyers contributed $4.7 million, directly to candidates, in the 2014 election cycle. The overwhelming majority of the money went to Democratic candidates or aligned groups.

Trial lawyers, which are represented by their Washington-based trade group, the American Association for Justice, also spent about $6.7 million on lobbying in 2013 and 2014, according to the center.

On the back of these facts, Republicans and the U.S. Chamber developed a series of critiques aimed at a crucial Democratic constituency. Democrats work for “wealthy trial lawyers” whose business is nothing but “jackpot justice” that generates a lot of fees for attorneys, but little for their clients — “the little guys.”

Republicans have also framed their attacks on Democratic priorities through this prism, for instance in 2014, when they opposed the Paycheck Fairness Act, a piece of legislation intended to enforce equal pay for equal work.

Rove, the Republican political operative, wrote in The Wall Street Journal in 2014 that the bill “would reward one of the Democrats’ most generous sources of ready cash: wealthy personal-injury lawyers.”

The previous week, Rove pointed out, Obama had moved through Texas to raise money at the $17 million home of John Eddie Williams, who “got rich suing tobacco and drug companies.” The same day, Obama huddled with Steve Mostyn, president of the Texas Trial Lawyers Association, another source of campaign funds.

Republican efforts to eat away at sources of trial lawyer revenues, or at least to force Democrats to defend attorneys fees, have continued, though they’ve received less attention than in the past.

In November, the House passed legislation that would empower judges to sanction lawyers who file bogus lawsuits, and a measure that would toughen the criteria for new suits related to asbestos, the fire-retardant carcinogen. The next month, House lawmakers approved a bill that would force those who bring losing patent lawsuits to pay legal fees.

A Supreme Court decision in the case of Spokeo vs. Robins could have, at a single stroke, swept away federal lawsuits build around the concept of statutory damages.

In certain federal laws, Congress defined damages in the law independently of what those damages might amount to, monetary or otherwise, in the real world. The idea is the lawmakers want to prevent a certain kind of behavior, so they create a basis for private lawsuits to penalize violations.

Such was the case with Spokeo, a company that sells personal data online and managed to get virtually everything wrong — marital status, education, income — about a man named Thomas Robins. Robins sued Spokeo under the Fair Credit Reporting Act, the federal law governing how companies can collect and use credit-related data.

The law allows damages of up to $1,000 per member of a class action suit, which can encompass thousands of plaintiffs, even if the consumers can’t demonstrate any direct harm, a provision that allows the consumer to demonstrate standing to sue in the first place.

Andrew Pincus, a lawyer for Spokeo who also advises the U.S. Chamber on consumer finance issues, argued before the Court in November that plaintiffs should have to demonstrate actual harm, like losing a job or a bank loan. The Court’s liberal justices suggested that these are the sorts of damages that consumers might never know resulted from erroneous information online.

“They have a carefully coordinated strategy across all these cases,” Gupta said. “It’s tort reform through litigation, and this case is Exhibit A for this strategy.”

Scalia could have helped steer the court toward a decision barring these types of lawsuits, but his death throws up a question mark as to whether the case will even reach a decision. The United States Court of Appeals ruled last year in favor of Robins, and absent a Supreme Court decision to the contrary, that ruling stands.