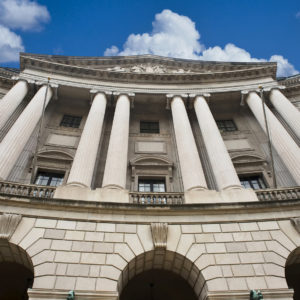 For much of the Obama administration, tribal environmental concerns were a niche issue. Although of local concern to certain states, they rarely, if ever, made national news. All this changed last summer, when the Dakota Access Pipeline protests became a rallying cry for native rights activists and environmentalists around the country. The election of President Donald Trump only added to the tension when he released his proposed budget, severely cutting funding for the Environmental Protection Agency. The Environmental Protection Agency is seeking input from a variety of sources prior to making significant regulatory changes. On Monday, the agency hosted a call for tribal representatives, hoping to address possible concerns the tribes might have.

Pruitt’s memo established a regulatory reform task force to evaluate existing regulations and to make recommendations as to which could be safely amended or repealed. This evaluation process seeks input from the various entities affected by regulatory reform, including small businesses, consumers, trade associations, and state, local, and tribal governments. It will end on May 15.

During a National Tribal Outreach call on Monday, the EPA provided information about the executive order  with tribal governments and tribal officials in hopes of fully involving the tribal community in the regulatory drafting process. Federally recognized tribes are invited to submit comments and concerns to the EPA’s online docket.

The EPA has made tribal outreach an important part of this comment process, contacting each of the federally recognized tribes by mail and hosting a variety of meetings.

To date, the docket has received nearly 17,000 comments. On the whole, they express broad resistance from native tribes to the idea of rolling back any environmental protections. Primarily, tribal representatives stated that they were concerned that air and water quality would worsen under the repeal and replace executive order. They did not address the economic harms of regulation that the executive order sought to mitigate.

These concerns were not limited to any specific tribes or bands, nor any geographic region. A representative from the Chippawa tribe in Wisconsin explained that the tribe was unwilling to roll back clean air standards to their 2008 levels, and instead argued that concerns for public health justified maintaining the 2015 standards, despite any adverse economic effects this might have.

The National Tribal Water Council explained that it saw the comment period as an opportunity to strengthen environmental reforms, rather than roll them back.

They were not the only group wanting to use the comments period to reinvigorate environmental protections. Tribal representatives from several western states shared a common concern that their comments would be ignored if they asked for regulations to remain in place. James Burson, an attorney for the Pueblo of Laguna, expressed a common concern for many of the tribes when he asked if the administration was willing to consider retaining environmental regulations.

“Is [the government] going to be responsive to the solicitation for recommendations if a tribe doesn’t want to change anything?” he asked.

The EPA representative explained that comment supporting the maintenance of regulations would be considered, though she did not go so far as to say if tribal comments would be sufficient to retain a regulation.

Call administrators were unable to give an exact number of tribes represented on the call, but did confirm that all 150 available lines were filled and additional callers cycled in over the course of the call. Curiously, despite the number of tribes involved, it is not clear if any representatives from the Standing Rock tribe participated in the call. If the tribe was represented, it did not make a comment or ask a question on the call.