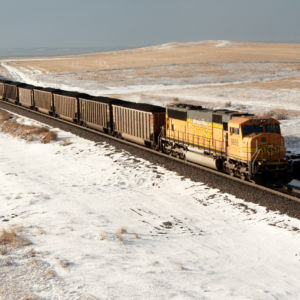 When Secretary of the Interior Ryan Zinke rode up to the office for his first day, it was fair to say that a new sheriff was in town. Given the control the Department of the Interior exercises over America’s national parks and Indian tribes, many environmentalists and native rights activists watched with concern. Although the Montana congressman had strong support from tribes in his home state, specifically the Blackfeet and Assiniboine-Sioux, he also supports energy development. Zinke’s recent decision to change an Obama-era rule defining the royalties paid on mineral leases on federal and native lands shows that it will be difficult to maintain goodwill in the face of hard choices.

One such decision came on Monday, when Zinke announced that the Interior Department was doing away with changes to how Federal and Native American oil and mineral resources are valued when mineral leases are issued. Instead, the department is opening up a comment period to determine if the royalty rates should be changed.

Zinke described the action as another sign that the “war on coal” had stopped. Without the Obama rules, the cost of coal production will decrease, which the administration is hoping will help to fuel further development. However, supporters of the Obama regulation argue that the rule change closed a loophole that allowed mining companies to pay royalties on sales to domestic affiliates rather than on the final sales they made to companies overseas.

The Interior Department’s position on mineral leases has already created tension with some of the Indian tribes it also oversees.

Coal leases are of particular interest for tribes in Montana, which have strong differences over the economic necessity of coal. In response to the rule change, Montana’s Northern Cheyenne Tribe filed a lawsuit against the Interior Department, citing concerns about air and water quality, as well as the possibility that sacred sites could be damaged.

“The tribe is likely to bear the brunt of the decision to resume coal leasing,” said Jace Killsback, the tribal president, who went on to say that coal mining would “adversely affect sacred cultural properties, spiritual practices and ultimately destroy the traditional way of life.”

Killsback has said previously that the Cheyenne Tribe does not share in the economic benefits of mineral development in the area. However, the neighboring Crow tribe benefits significantly from the large coal deposits in the area. Coal production forms an essential part of the Crow economy and the tribe has pushed for years for coal regulations to be relaxed.

It was a reality that Zinke addressed when speaking to the press on Wednesday, telling reporters that “a war on coal is a war on the Crow people.”

Roughly 40 percent of American coal comes from government-owned land, largely because Wyoming and Montana’s Powder River Basin is on publicly owned land. This coal is both low in sulfur and can be surface mined, making it an attractive option both for mining companies and emissions-conscious power plants. Although there are several reservations in these areas, energy development on Indian land has been much more limited.

According to statistics from the Department of Energy, in 2015 (the most recent year for which data is available), 1.9 percent of U.S. coal production occurred on reservations. Some analysts say that tribal land contains as much as a third of all American coal reserves west of the Mississippi and say that the low production numbers are due to resistance to energy development. Despite being a small percentage of the national total, energy development plays a significant role in certain tribal economies.