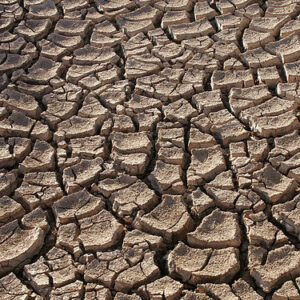 After the long, dark night of the pandemic, many are predicting a rosy dawn followed by a bright summer day. The feeling is that we, the people, have borne the battle and can now celebrate the victory.

But recoveries are tricky, and this recovery will be trickier than most because we are coming out of hibernation into a place changed radically from the one where we began our COVID-19-avoidance slumber. We isolated in one world and are reconnecting in another.

There is a labor shortage despite unemployment at 5.8 percent. I have been following job offerings across the country (I review dozens at a time) and this would appear to be a good time to get a new job or change up. Employers are sounding desperate; they are paying more and being accommodating.

Unfortunately, tight labor markets and rising house prices are often a harbinger of inflation to come.

Yet there are some wondrous possibilities. On the plus side, we are awakening into a new world of technology-driven change.

In transportation, the surge in electric vehicles is here to stay. Ford’s announcement that next year it will offer an all-electric F-150 pickup truck is significant. It breaks down technical barriers and, significantly, it also breaks down social ones.

Working men and farmers who have been dubious about electric vehicles, regarding them as being only for effete liberals, now can embrace the electric vehicle revolution. The electric F-150 will be a milepost in the electrification of transportation and socially changing attitudes.

New materials, like graphene nanotubes and new ways of production using additive manufacturing, known commonly as 3D printing, will change the factory floor as well as add to the possibility of on-site production and the deployment of new, small factories.

Interconnectivity, sped by 5G, and the massive deployment of sensors will have its impact from the checkout at the grocery store to medical diagnosis, much of it done remotely as part of the swing to telemedicine.

Already, Domino’s Pizza is testing autonomous delivery vehicles in Houston. Like those ubiquitous scooters in cities, this will spread on the ground — and in the air, as drones get into the game.

COVID-19 has stimulated not just medical research but also a general interest in research which will in turn promote more public funding. The vaccine successes reestablished a certain level of confidence in medical science.

But there are old-economy realities ahead.

Real estate is in boom and bust simultaneously. The future of office towers is uncertain, and the future of shopping centers is precarious. The possibility of home buyers finding affordable houses is remote. Want to start married life living in a tent pitched in an abandoned department store?

A surge of homelessness is expected to follow the ending of the moratorium on evictions. Tens of thousands may be evicted as they haven’t paid rent for a year and won’t be able to do so. An equal number will be sitting in the dark as utilities finally start disconnecting for unpaid bills. One utility, CPS Energy in San Antonio, Texas, has $105 million in uncollected bills. Multiply that across the country.

The federal government has, as it were, shot its wad, in stimulus and can’t be expected to step in and help renters with their back rent or electricity customers with their accumulated bills.

There is another disrupter on the horizon. It is drought, the worst recorded, which is drying up California and much of the West.

Expect reduced food production, affecting the whole country with higher prices, a terrible wildfire season, and even a shortage of electricity as dams across the West (including Grand Coulee on the Columbia River and Hoover on the Colorado River) will cut electricity output due to low water.

The mighty Colorado — the life force for so much in the West, including farming and electricity production — is running seriously low and will continue to decline as summer progresses. Hardship in the West will be felt in the North, South and East.