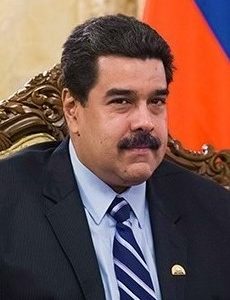 Hugo Chavez’s socialist revolution, continuing today under Nicolás Maduro, brought untold misery to the people of Venezuela, but it also harmed non-Venezuelan companies and their shareholders.

To this day, victims of Chavez’s expropriations are being denied just compensation. Shockingly, even the Trump administration is obstructing the ability of companies to be made whole from thefts committed by Venezuela’s dictators.

Whereas market economies lead to the creation of vast new wealth, socialist governments confiscate and cannibalize the private economy until only ruin remains. And in a global economy, victims of socialist regimes are both domestic and foreign.

As much as we might prefer to allow those who embrace socialism to reap what they sow, preservation of the global economic system requires enforcing limits on the ability of governments to expropriate property from those based outside their borders.

Hugo Chavez did precisely that to fund his corrupt and repressive regime under the slogan, “All that was privatized, let it be nationalized.”

Some of these companies simply sold off their stakes in Venezuelan subsidiaries to the government, though the threat of force makes it unlikely they received market value. Others have had to rely on courts and international bodies to try and recover their significant losses.

In 2017, for instance, Gold Reserve Inc settled its legal cases with Venezuela for approximately $1 billion after its Brisas gold project was seized in 2009. The company received about $254 million before Venezuela stopped making payments in November 2017.

Crystallex was awarded $1.4 billion in 2016 by a World Bank arbitration court for the 2008 seizure of its Las Cristinas mine, into which it had already sunk hundreds of millions of dollars. Faced with similar obstruction from the Venezuelan government, Crystallex sought to recover the judgment from CITGO, a subsidiary of the state-owned Petroleos de Venezuela.

All’s well that ends well, right? Unfortunately, it’s not to be.

The U.S. Treasury Department is protecting CITGO’s assets despite the proper legal process having been followed and the obvious justice in the rulings.

The reason, as is so often the case, is politics. After irregularities and fraud cast doubt on the legitimacy of Maduro’s 2018 reelection, opposition leader Juan Guaidó claimed the interim presidency with the backing of Venezuela’s National Assembly. He has subsequently been recognized by more than 50 governments, but Maduro and his loyalists at the top of the military refuse to let go of power.

While he hasn’t yet dislodged Maduro, Guaidó managed to wrest control of CITGO from Maduro with help from the Trump administration and U.S. courts. Guaidó is now lobbying the Trump administration to protect CITGO’s assets to boost his domestic profile, and the Treasury Department has fulfilled his request by preventing creditors from enforcing arbitral awards.

This is a mistake.

The preservation of property rights is essential for continued global prosperity and ought to trump short-term geopolitical interests. Protecting property rights and achieving foreign policy goals are not mutually exclusive. Whatever the merits of supporting Guaidó’s claim to the presidency, bolstering his efforts should not come at the expense of core American values.

It’s likely impossible to fully deny despotic regimes the ability to take what does not belong to them. But the law-abiding world nevertheless has some recourse when those same regimes attempt to profit through participation in the global market economy that they stifle within their own countries.

It’s time the Trump administration allowed that option to be exercised.