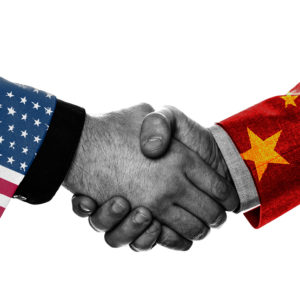 If there’s one topic on which it’s hard to find serious disagreement between major American political forces, it’s U.S. policy toward China.

Both the Republican and Democratic parties see the rise of China under President Xi Jinping as a clear and present menace to the U.S. if not the entire world.

Republicans and Democrats alike have come to that realization after a series of American presidents did all they could to get along with China as the country opened up to foreign investment, foreign visitors, foreign tourism, even foreign music and movies as long as they did not criticize the Chinese Communist Party or its ruling regime.

American leaders had a high opinion of Deng Xiaoping, the reformist who ended the intensely confrontational policy of Mao Zedong, who had led the Communist Party to victory 71 years ago, on October 1, 1949, over the American-backed Kuomintang or Nationalists under Chiang Kai-shek.

Deng may have authorized the massacre of hundreds of the regime’s democratic foes in the protest on Tiananmen Square in June 1989 but is better remembered for having turned China to state capitalism under communism.

The evolving American outlook toward China is hardly on the minds of most Americans in a presidential campaign dominated by harsh criticism of President Donald Trump’s response to the coronavirus and violent protests over racism and police brutality.

Nonetheless, it’s an issue, as noted by Jim Sciutto, a CNN anchor who’s often critical of Trump. “As president, Trump — finally — ended the United States’ deference to China,” he writes in his latest book, “The Madman Theory: Trump Takes on the World.”

“For decades and under presidents of both parties,” Sciutto tells us, “the United States had excused Chinese misbehavior, particularly in the economic sphere.”

U.S. concerns about China range from China’s claim to the South China Sea to support of the North Korean regime despite sanctions to unfair trade policies to theft of technology and intellectual property.

Nothing epitomizes China’s attempt at dominance in all these fields more than the rise of Huawei in a global bid to become the world’s leader in the spread of 5G networks and development of computer chips competitive with those produced in the U.S. and elsewhere.

While Trump has spoken well of his relationship with Xi, the U.S. commerce department is trying to cripple Huawei worldwide by sanctions banning the sale to the company of semiconductors using American technology.

Americans are convinced Huawei would steal the technology for the chips in order to develop its own versions in a campaign that would eventually make China the world’s leading semiconductor manufacturer. Britain has followed up by banning all 5G equipment made by Huawei on the grounds that it poses a threat to national security.

Much as the Democratic Party loves to criticize Trump for just about anything, it’s difficult to find basic philosophical differences over China.

Joe Biden, as the Democratic candidate, has not come out with sweeping pronouncements on China, but the Democratic Party platform declares flatly: “Unlike President Trump, we will stand up to efforts from China and other state actors to steal America’s intellectual property and will demand China and other countries cease and desist from conducting cyberespionage against our companies.”

In other words, Biden as president may want to be even tougher than Trump, at least in dealing with theft of technology in which Huawei poses the greatest threat. In fact, a Biden-led government might prefer to focus on theft of secrets while placing less emphasis on China’s enormous trade surplus.

In the process, Biden might remove some of the tariffs that Trump has imposed on Chinese products that compete with American industry.

The Chinese, to the consternation of American farmers, have retaliated with tariffs on American agricultural exports, notably soybeans and pork, two staples of any Chinese diet.

Democrats and Republicans are all highly sensitive to the Huawei threat and its implications for technological supremacy as well as national security.

They also like to appeal to voters concerned about Chinese products that are competing with American manufacturers, and they need the votes of farmers fearful of losing their biggest overseas market.

Neither party has come up with easy solutions to a struggle that’s going to get worse under the next U.S. administration regardless of who’s in the White House.

Jim Sciutto, in an interview with CNN regarding his previous book, “The Shadow War: Inside Russia’s and China’s Secret Operations to Defeat America,” said bluntly that “security concerns are genuine, and to confront the Huawei issue is the great thing to do.”

In fact, said Sciutto, who previously served as a diplomat in the American embassy in Beijing: “You hear this from Republicans and Democrats.”

That’s not to say, however, that there’s no leeway, no flexibility.

Trump has sought to resolve the issue of whether to let TikTok — the Chinese video-sharing app — operate in the U.S. The deal calls for two U.S. giants, Oracle and Walmart, to form TikTok Global as a separate entity. The Chinese company ByteDance, however, remains the parent of what remains a mere subsidiary.

Considering all the suspicions and fears, neither Trump nor Biden as president would be inclined to relax curbs on Huawei.

The future, though, remains hard to predict. One can never be sure what Trump might do, whether to increase pressure or ease up in his quest for a deal. Biden, more than Trump, might hope for multilateral solutions such as the Trans-Pacific Partnership that Trump spurned as soon as he became president.

Whatever happens, Americans of both parties do not want Huawei gaining control over 5G, stealing secrets and advancing Chinese power in the U.S. as it’s already doing in Asia.