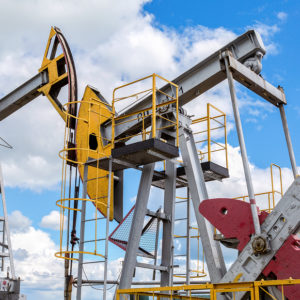 The 174-page Bureau of Land Management (BLM) environmental impact report satisfies a federal judge’s mandate for a new analysis of fracking and “paves the way for resuming all new oil development,” according to the San Francisco Chronicle.

Fracking, a process where rock is fractured by a pressurized liquid, is controversial whenever it is brought to the foreground: The oil and gas industries support the technique, while environmentalists point to its possible dangers of polluting air and water.

The fracking and drilling plan not only drew immediate criticism from environmental groups — who say it would worsen air quality in national parks and the Central Valley, which already suffer from pollution — but it’s also causing a dilemma for California Gov. Gavin Newsom.

Both sides of the debate are waiting to see what Newsom plans to do.

Newsom is slated to announce his administration’s energy policy in the next few weeks — and many environmental groups are hoping it will incorporate plans to end oil and gas drilling, including any talk of fossil-fuel extraction or fracking.

Newsom campaigned against fracking, but he is under pressure from oil and gas companies to allow drilling to continue, as he tries to weigh a clean energy agenda with an industry that supports hundreds of thousands of California jobs.

“I’m taking a very pragmatic look at it, in scoping this,” Newsom recently told the L.A. Times. “It’s also an inclusive scoping because it includes people in the industry, that have jobs; communities that are impacted from an environmental justice prism but also from an economic justice prism. It’s a challenging issue.”

“His intentions are very pragmatic,” WSPA President Catherine Reheis-Boyd told Fox News. “Newsom understands the importance of the industry to the 40 million people who will be driving 26 million combustible engines tomorrow.”

Meanwhile, environmentalists are at least hoping that Newsom will create barriers between any new oil and gas wells and schools, hospitals and residential neighborhoods and also monitor dangerous emissions from sealed or vacated wells. But most stand by their total opposition.

“Trump’s plan would unleash a fracking frenzy that puts California’s people and wildlife in harm’s way,” said Clare Lakewood, a senior attorney at the Center for Biological Diversity. “This administration is dead set on letting oil and gas companies dig up every last drop of dirty fuel. Putting these public lands back at the mercy of the fossil fuel industry would be a huge blow to our state’s future.”

The BLM has not issued a single lease in California since 2013 when a federal judge first ruled that the agency had violated the National Environmental Policy Act by issuing oil leases in Monterey County without considering fracking’s environmental dangers.

“This proposal targets some of our region’s most iconic landscapes, including state parks, nature reserves, recreation areas and national parks, forests and monuments,” said Los Padres ForestWatch Executive Director Jeff Kuyper. “Residents throughout the central coast who care about the fate of these lands should let their voices be heard during the comment period.”

Once a plan is finalized and if approved, environmental groups are expected to sue to block it, as they have in the past.

The BLM action kicked off a 45-day public comment period that ends on June 10.  Three public hearings are scheduled this month.