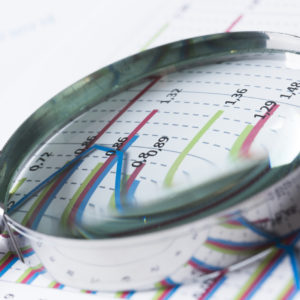 Matt Braynard, president of the Braynard Group and the former head of Trump’s data operation, said during a panel at the Republican National Convention Tuesday the campaign relied almost exclusively on data from Haystaq DNA to target voters.

According to the company’s website, Haystaq “pioneered the predictive analytics that helped the Obama campaign make history in 2008.”

Braynard said the company contracted to use the data through a third party without Haystaq’s knowledge, and that Haystaq data “drove practically all of our decisions and our strategy.”

While other campaigns during the 2016 Republican primary focused on mobilizing the known base of conservative voters identified from past voting history, Braynard said the Trump outfit focused on finding a wholly untapped base of potential voters already endeared to Trump, and simply “pestered the hell out of them into the voting booth.”

“We did no persuasion on the candidate, we just got them to vote,” Braynard told a panel in Cleveland. “One hundred percent of this campaign was put on unlikely voters.”

Braynard said Trump’s boisterous nature in making his issues known allowed the campaign focus less on educating known voters about his stances and more on identifying “people who liked Mr. Trump outside of the likely voter universe,” and educating them on how and when to vote.

Using Haystaq data the campaign was able to build a deep psychological profile to identify disenfranchised voters “rich in the wisdom of the Old Testament” with “a very unnuanced view of the world,” described by Braynard as realistically aligning with Trump’s own views about fraying national security in the U.S.

“This is a worldview, not a demographic,” Braynard said. “We vastly outpaced every other campaign in the primary combined.”

Trump largely dismissed the role of data and analytics earlier this year, saying Obama’s lauded digital grassroots efforts in 2008 and 2012 were overrated, and that like himself, Obama’s success was more based on his personal popularity than on a bustling data operation.

Braynard agreed that Trump’s media magnetism “made our job easy,” and that data analytics don’t drive a campaign, but said they can make up the crucial 1 to 3 percent gap in close races.

“That’s an important two or three points in a state like Iowa,” added Chris Wilson, who headed up data for Ted Cruz’s campaign.

Zac Moffatt, who worked on data for Mitt Romney’s 2012 campaign, said that many Republicans, like Trump, are still skeptical of data’s role in campaign strategy, and said many are content to submit a post on Facebook and let the internet do the rest.

“Some people in the party don’t believe data is as important as it is,” Moffatt said. 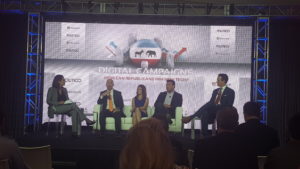 He added that for many in the crowded 2016 GOP primary field, simply running the 2004 Bush-Cheney playbook hurt them, and that Trump’s small staff and flat organizational structure allowed the campaign to move quickly and react to the changing field.

Wilson pointed out that while Republicans have only four to five analytics firms on their side, Democrats have upwards of 16 or 17.

Former chief digital strategist for the Republican National Committee Mindy Finn said after the party’s crushing White House losses in 2008 and 2012, the RNC committed to building a better data operation. She said the party has found recruiting talent from Silicon Valley difficult, since many in the tech sector politically align more closely with Democrats.

Finn, who helped boost the success of the #NeverTrump movement on Twitter, said data can’t guarantee a particular victor in 2016.

“Data will only take you so far,” she said.