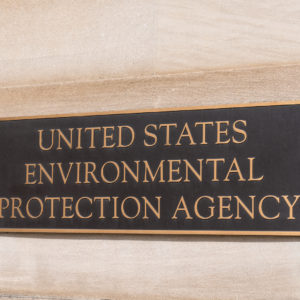 It’s an incredible accomplishment for the Trump EPA and those of us who have worked on the issue for more than 20 years.

By 1990, U.S. outdoor air quality had dramatically improved from the 1960s and the EPA bureaucracy had basically run out of ways to further regulate it, especially with respect to larger (coarse) particulate matter.

But then in the early 1990s, Harvard researchers came up with the idea the EPA was overlooking the health threat posed by much smaller (fine) particulate matter (PM2.5).

Then in 1996, the Clinton EPA proposed for the first time to regulate PM2.5 on the basis that the regulation would prevent 20,000 premature deaths per year. Valuing each life saved at $5 million, the EPA estimated that PM2.5 would provide $100 billion in monetized health benefits to the US economy.

These “benefits” were used to offset the costs of a companion regulation that would have tightened the outdoor air quality standard for ozone (smog).

On the heels of CASAC determining that the EPA offered no evidence that PM2.5 killed anyone, Congress asked EPA for the underlying data.

Then-Clinton EPA official (and now potential Biden appointee for EPA chief) Mary Nichols told Congress that she could see no useful purpose in providing the data for independent review. Ignoring Congress, the EPA proceeded to finalize its PM2.5 and ozone regulations imposing compliance costs of at least $100 billion per year on the U.S. economy.

When the Obama administration came to power in 2009, the EPA began using PM2.5 even more aggressively as a regulatory weapon in its war on the coal industry.

By 2012, the EPA had announced rules to regulate PM2.5 emissions from coal-fired power plant smokestacks that were so stringent, they virtually destroyed the coal industry, eventually wiping out 95 percent of its market value, killing 50,000 high paying coal jobs and sending the largest coal companies into bankruptcy.

The EPA dubiously claimed these rules would save as many as 38,000 lives per year and provide as much as $380 billion in monetized health benefits to the economy every year.

Of course, these claims and regulatory actions were all based on scientific data that neither the EPA nor the Harvard researchers would allow anyone to see. It was, in effect, secret science.

During the Obama administration, three sessions of Congress passed bills to force the EPA to release the secret data. Congress even subpoenaed the EPA to no avail. Not only did the EPA ignore the subpoena, but EPA staff also doubled down and indicated that it would continue to tighten PM2.5 regulation.

This madness ceased when the Trump administration took over.

Based on the work of a small group of researchers including myself, doing novel scientific research and exposing embarrassing EPA information via the Freedom of Information Act, we were able to persuade the EPA’s CASAC board in December 2019 that the agency’s previous conclusions regarding PM2.5 killing people were all junk science.

And now relying on CASAC’s dismissal as junk science of the EPA’s claims regarding PM2.5, the Trump EPA has ignored EPA staff (which is still hiding the Harvard data) and opted not to further tighten the PM2.5 standard.

Unfortunately, this has all come too late for most of the coal industry. Worse, with the prospect of Biden EPA looming, we can expect the EPA to return to its agenda of a secret- and junk science-driven and job-killing PM2.5 regulation.