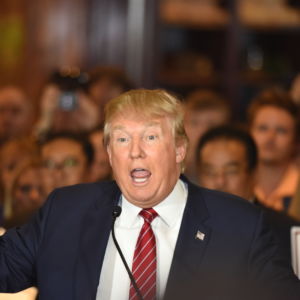 Should Trump Get the Credit for Low Black Unemployment?

President Donald Trump has seen black unemployment drop significantly since entering office earlier this year, but the question of who should get credit is still up for debate.

Trump was able to win the presidency with a platform geared towards helping workers. The president has been particularly focused on job growth as he has worked to implement his economic agenda. He has turned towards regulatory and tax reform as pathways to accomplishing his goals.

“In just 10 months you are seeing large numbers of black Americans, particularly men, finding themselves with new job opportunities,” Project 21 co-chairman Horace Cooper told InsideSources. “There are things that having your own job and own income can provide that the federal government just can’t replace.”

Project 21 was started to provide a platform for black conservatives who have an entrepreneurial spirit, dedication to family, and commitment to individual responsibility. The National Center for Public Policy Research started the initiative, arguing the civil rights establishment usually isn’t open to those views.

But not everyone agrees that the president should be the one getting the credit. Economic Policy Institute analyst Janelle Jones argues that the policies he is advocating aren’t actually helpful to workers, especially black workers. She counters that employment was already starting to trend in a positive direction before he entered office.

“Even if nothing else happened, just based on pure inertia, we were going to be moving toward lower unemployment rates,” Jones said. “Even without direct intervention by the Trump administration, this is where we were headed. We were basically headed toward full employment.”

Former President Barack Obama entered office during a severe economic downturn known as the Great Recession. The economic recovery that followed proved to be unusually prolonged. Many black Americans found themselves in a particularly tough position during those years. Cooper argues that his policies were actually bad for black workers.

“More black Americans saw the dream of owning a home was out of reach,” Cooper said. “More black Americans realized that sending their kids to great colleges and universities was an unattainable dream, unemployment spiked, and the differential between blacks and whites in terms of who was employed reached unprecedented levels.”

The Great Recession was caused by the subprime mortgage crisis and the financial crisis of 2007. The recovery didn’t really start seeing notable gains until just the last few years. But employment and the economy did start trending in a positive direction when Obama was still president.

“I think it’s hard to assign credit to a president that hasn’t been in office that long,” Jones said. “But if I had to assign credit I would say it was the Obama administration that pulled us out of the worst recession we’ve seen since the Great Depression, and really kept an eye on inflation rates. It was about infrastructure. It was about putting money into federal programs that bring people back into the workforce.”

Jones adds his administration implemented policies to make the recovery as robust as it could be. Cooper counters that it was those very reforms that caused the recovery to become so sluggish. He adds having healthcare and housing are important, but it takes more than that to help black workers and everyone else.

“At the end of the day, the kind of things that make us Americans, and what many black American men are interested in, is the freedom that comes when you have your own resources and you can use them in the way you want,” Cooper said. “We are looking at a 17-year record in terms of how low unemployment is among blacks, and it is sharply down among black men, and it is dropping perceptually among teenagers.”

Cooper adds the last administration hurt employment by disincentivizing investment with its approach to taxes and regulations. He pointed to past recessions, which typically only took months to recover. Former President George W. Bush faced a recession at the beginning of his term, but the recovery only took nine months.