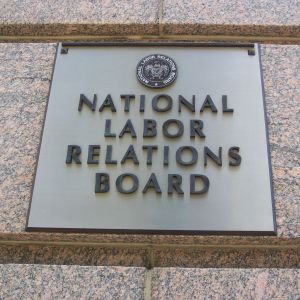 President Donald Trump’s nominee was approved Wednesday to serve on a five-member board, which is tasked with resolving labor dispute cases.

The National Labor Relations Board (NLRB) is an agency responsible for enforcing federal labor law and resolving unfair labor practice complaints. The board plays a key role in enforcing and interpreting workplace laws. John Ring was nominated Jan. 12 to fill a seat that recently became vacant.

The Senate approving his nomination tilts the board back in favor of the president. Former President Barack Obama still has two of his picks serving since they have staggered five-year terms. Philip Miscimarra, the previous chairman, split the five-member board evenly after stepping down in December.

John Ring has experience working with both employers and union officials in his career practicing law. He began his legal career working with the International Brotherhood of Teamsters before moving onto represent management as a lawyer with Morgan, Lewis & Bockius.

Ring is unique in that board members usually come from either the management or union side. The NLRB has also been seen as an overly partisan agency that swings direction based on who is president. Obama oversaw a board that pushed unionization in order to better protect workers.

President Donald Trump and his administration have begun reversing many of those reforms pursued during the previous presidency. Republicans, the business community, and other critics have argued they were an overreach of federal powers that helped unions at the expense of workers and employers.

“John Ring’s appointment to the National Labor Relations Board is a win for America’s restaurants and their employees,” National Restaurant Association executive vice president Cicely Simpson said in a statement provided to InsideSources. “The National Restaurant Association applauds Majority Leader McConnell’s commitment to moving this nomination through the Senate in a timely manner so Mr. Ring can begin addressing the important issues before the NLRB.”

The NLRB is an independent federal agency that enforces labor laws covering collective bargaining and unfair labor practices. It is supposed to be impartial. The National Labor Relations Act of 1935 established the board during a series of economic-related reforms known as the New Deal.

Trump was tasked with filling two vacant seats and selecting a new board chairman when he entered office earlier this year. William Emanuel and Marvin Kaplan were nominated by the president to be members and later approved by the Senate. Kaplan was later picked to serve as chairman after Miscimarra resigned.