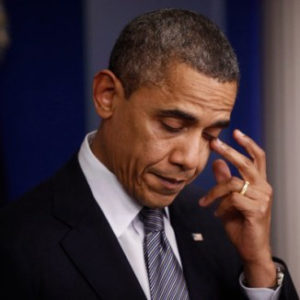 Former President Barack Obama oversaw significant changes to employment policies during his time in office, but much of that legacy has been shredded since he left less than a year ago.

The White House during those years did a lot to implement policies which were intended to help workers. The administration encouraged unionization and imposed stricter rules to protect workers against abusive employers – but critics along the way warned those policies were actually hurting both employers and workers alike.

Obama encapsulated his stance on workforce issues in 2015 while speaking at the White House Worker Voice Summit. He argued that unions were more necessary now than ever so that they can protect average workers in a constantly changing and technologically advanced labor market.

“So we’re here today to think about where do we go next,” Obama said at the summit. “What does the next generation of American jobs look like? How do we make sure those jobs reward hard work? At a time of shrinking union membership, but a growing number of digital tools for organizing, how do we make sure everyone who works hard has a chance to get ahead?”

President Donald Trump has also focused on workforce issues during his short time in office, but his approach has been vastly different. He has looked towards tax reform and deregulation to lessen the burden job creators face in the hopes they’ll spend more time and money growing their business and investing back into their employees.

The Obama workplace legacy was a significant shift in direction for labor law and seemed to mark the beginning of a new era – reminiscent of the slew of reforms enacted during the New Deal. It was a huge leap forward for progressives who have made worker rights and corporate accountability central to their agenda for decades.

Now that legacy is crumbling.

The Trump administration has already upended several of those policy changes and is currently working through the regulatory process to undo more. Marni von Wilpert, an associate labor counsel at the progressive Economic Policy Institute, sees it as a huge step backward for worker rights and protections.

“A lot of workplace rights are being rolled back by the Trump administration,” Wilpert told InsideSources. “We see it across agencies from worker safety under OSHA to wage and hour under the Department of Labor, rescinding their joint-employer guidance at the National Labor Relations Board.”

The Competitive Enterprise Institute (CEI), a free-market think tank, takes a different view on how those policy changes have impacted workers. The group has argued that the Obama-era policies hinder companies to such an extent that it was negatively impacting workers. Its research has tracked issues like the joint-employer standard and the minimum wage.

“President Obama touted a lot of these policies as helping workers, but really they just added massive costs on employers, and minimal benefits to workers,” CEI labor policy expert Trey Kovacs told InsideSources. “So I think this is a good change in direction for the Trump administration.”

Wilpert says that the problem isn’t just that the new administration is attacking reforms designed to better protect workers. She argues it isn’t even suggesting a new policy framework to replace what it is upending. Wilpert adds the administration is essentially leaving working people with nothing.

“I don’t see it getting better for workers anytime soon,” Wilpert said. “I haven’t seen any kind of comprehensive policy plan from the Trump administration that is doing anything affirmative to provide workers with protections. What we’ve seen is a bunch of rollbacks.”

“To the extent that the NLRB and other independent agencies were using the tools under their purview to issue a new policy or upend precedent, we saw a prolific amount of rulemaking,” Lizzy Simmons, the senior director of government relations at the National Retail Federation, told InsideSources. “That’s very cumbersome for employers to deal with. That means employers are consistently having to reevaluate their employment structure.”

President Trump hasn’t completely dismantled his predecessor’s legacy, being in office for such a short time. But even the slowdown of new regulatory proposals has come as welcome news to the business community. Angelo Amador, the senior vice president and regulatory counsel for the National Restaurant Association, described the previous system as being a constant onslaught of new rules.

The business community has been particularly optimistic about the new change in direction. Trade associations and other business groups had fought back against the labor reforms throughout the last administration. The International Franchise Association (IFA) has been at the forefront of the policy fight from the beginning.

“This has been a breath of fresh air,” IFA public affairs vice president Matt Haller told InsideSources. “Franchise businesses can finally see the light at the end of the tunnel here from the rules that were created in the Obama years. While the administration has done a lot to peel back these regulatory impediments, for some issues, Congress is going to need to act.”

Trade associations and other business groups have filed lawsuits and launched media campaigns with the intent of reversing the reforms and showing why they were bad ideas to begin with. The business community has argued that the reforms were a huge overreach of federal powers because they ignored the intent of the law.

“I think it was a very hard environment to focus on economic growth, growing your business, and scaling up your workforce, when you’re consistently having to keep in mind what might be coming in the federal register that day,” Simmons said. “Not having as many regulations as possible coming at you is in itself helpful.”

The Obama administration pursued several significant labor policy changes. One of the most controversial updated what is known as the joint-employer standard. The business community denounced the change as a dangerous federal overreach. The NLRB defended it as a needed update that better aligned with the law’s intent.

The business community denounced the new standard as being overly vague. The franchise model was of particular concern since it relies on large brand names contracting with many smaller and independently-owned businesses. McDonald’s, for instance, is not one company but rather many, contracting under the same corporate brand name.

“There was no problem that the Obama NLRB and DOL was trying to solve by creating a patchwork of expanded joint-employer policies,” Haller said. “The only problem they were trying to solve was a political goal–make it easier for labor unions to organize a brand from the top-down, and eviscerate franchisees that owned and operated these businesses.”

The Trump administration has already destroyed the updated standard multiple times over. The new NLRB announced Dec. 14 that it had overturned a previous decision involving Browning-Ferris Industries – the case that allowed the previous board to change the standard by setting a new case precedent.

Labor Secretary Alexander Acosta also withdrew from an earlier informal guidance upholding the Obama-era standard. Congressional Republicans are working to pass legislation intended to ensure the joint-employer standard is never again changed in such a dramatic way by clarifying what exactly it is.

“Having those withdrawn out of the gate was very helpful, and I think signaled the direction the administration would be taking,” Simmons said. “I think we’re seeing progress, and we’re not seeing new regulations coming out every other day.”

The new NLRB has done a lot to roll back those labor reforms in the short time it has been fully operating. It has already upended several Obama-era reforms and has signaled its intention to make further changes. The fast pace of the new board has come as welcome news for some, but a terrible setback for others.

“It’s certainly welcome news, and I guess, initially it was unexpected that they would act so quickly,” Kovacs said.

The NLRB has worked fast in the short time it has been set on a new path. Trump didn’t even get a majority vote on the five-member board until his last nominee was approved Sept. 25. It would be another few weeks before he got a new general counsel – a critical position that decides which cases the board will review.

“A lot of this has been done really quickly and in the dark without public comments,” Wilpert said. “That’s what we saw with the National Labor Relations Board [in December]. The board departed with huge and major precedents that it overruled and didn’t even give the public a heads up, let alone the chance to file briefs.”

President Obama pursued his workforce agenda through a couple different means including legislation, regulations, and executive orders. The process to dismantle those changes correlates with how easy or difficult they were to create. Regulations, for instance, require a lengthy process that involves a public comment period to either implement or undo. An executive order, in contrast, can just be rescinded with another executive order.

“President Obama did focus a lot on labor and employment and brought a lot of radical changes which put burdensome requirements on employers,” Kovacs said. “But he did it in a way that can be easily uprooted. You do everything through adjudication and rulemaking, and executive guidance, in a lot of instances they’ve been rescinded in ways that take no time at all.”

Kovacs adds that the court system has also weakened many of those reforms as well. The business community and others have launched a multitude of lawsuits against the changes – litigation that has slowly chipped away at the reforms even before the new administration began.

“I think a lot of what the Obama administration did got caught up in lawsuits and lost a lot of those, which certainly made it a lot lesser of a lift for the Trump administration to reverse things when the courts did a lot of that for them,” Kovacs said.

The Obama workforce legacy is still partly in place since some reforms were implemented through the regulatory process. But the new administration has already taken notable steps to roll back those changes. Haller notes the Obama-era system is barely hanging on.

“There are still parts of it standing,” Haller said. “The joint-employer issue isn’t gone. That’s still there. You still got uncertainty on issues like overtime. But it’s largely hanging by a thread. Like I said, I think there’s still uncertainty, but I think its clear that the Obama labor policy framework did nothing that helped employees.”

Wilpert counters that unending those reforms even further will only hurt workers more. She also notes particular concern over two legal cases that could fundamentally change labor law. The U.S. Supreme Court is scheduled to hear cases on mandatory union dues and employers’ mandatory arbitration agreements.

“Unfortunately, I think it’s going to get worse next year,” Wilpert said. “Hopefully, eventually, it will get better. But we have some major cases on the Supreme Court docket that are going to change everything.”