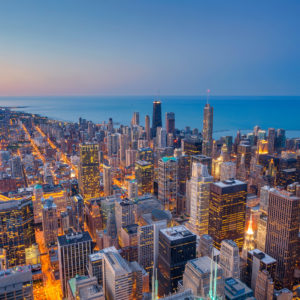 Jokes about the partisan gridlock in Congress are as numerous as news stories pointing out that a long list of distasteful things now polls higher than the House, Senate, or president. All of which makes the passage of a law that reduces the size of government, shifts control back to local groups, and potentially saves tens of millions of dollars in administrative costs, both surprising and encouraging. On Friday, President Donald Trump signed H.R. 1346, repealing a rule that had expanded the authority of municipal planning organizations (MPOs).

Rep. Jason Lewis, R-Minn., one of the bill’s co-sponsors, said that he was “glad” to see that the bill had been signed. For Lewis, a freshman congressman, the law was a step towards rebuilding government accountability.

“People at home need accountability in their local government, especially when it comes to planning major projects, and this bill keeps decision-making in our neighborhoods where it belongs,” Lewis said.

The law was largely a procedural shift, albeit one with significant impact for urban areas around the country.

“MPOs serve a unique planning role in our nation’s transportation system,” said Rep. Dan Lipinski, D-Ill., one of the bill’s co-sponsorers. “They bridge the gap between planning at the state and local levels to focus on regional priorities and deliver projects. The DOT’s rule would stifle the voice of local elected officials, make public participation difficult, and cause serious planning challenges. For example, in my Illinois district, the rule would give Indiana and Wisconsin more power on decisions that directly impact the daily commutes of Chicago area residents.”

Overturning the Obama-era rule change reduces the regulatory burden for communities around the country. In a study released before the bill’s passage, the Congressional Budget Office estimated that the new law would have no effect on the federal budget. The study further predicted that the MPOs themselves would spend “about $80 million less per year over the 2018-2021 period” compared to the previous legislation, which had expanded MPOs.

Supporters of the new law explain that, rather than making drastic changes, it instead returns to the original intent of the FAST Act, a 2015 law establishing surface transportation planning and investment.

“When we sat down to write the FAST Act, our primary focus was on giving states more ownership over their own transportation decisions,” said Highways and Transit Subcommittee Chairman Sam Graves, R-Mo.

“We all agreed that people on the ground were in the best position to identify infrastructure needs and set priorities,” he said. “Unfortunately, the previous administration’s DOT decided it wanted things run differently.”

Graves explained that the new legislation would revert planning authority back to local officials, just as the FAST Act drafters had intended.

The enthusiasm that Graves, Lewis, and Lipinsky had for the new law was widely shared. In Congress, the bill was not wildly popular so much as utterly noncontroversial. Drawing strong support from both parties, it passed the House in late April with a vote of 417-3. Even among city administrators, it is difficult to find anyone defending the broad expansion of MPOs. Far more people were concerned that the previous rule could have resulted in massive MPOs that made jurisdiction a nightmare.

During the floor debates, Rep. Bill Pascrell, D-N.J., offered a real world example of this, describing how the North Jersey Transportation Authority, which covers his district, already includes 6.7 million people.

“Adding any more to their plate would be unwieldy,” Pascrell said. “We just need to witness the dysfunction at the Port Authority of New York and New Jersey to know that mandating New Jersey to undertake transportation planning with New York City and New York State in this way would be a recipe for disaster.”

In the end, the disaster was averted, but, unlike other bills introduced this session, change came not with a bang, but a whimper. President Trump did not issue a signing statement. However, its passage will help to reduce the regulatory burden of dysfunctional government felt by citizens around the country.