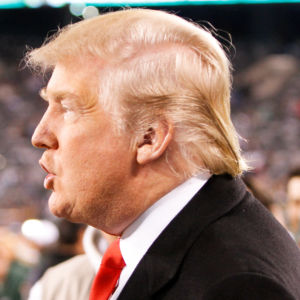 Former President Bill Clinton spent the last two weeks, including Labor Day in Detroit, wooing voters on behalf of wife Hillary Clinton with promises of a return to the good ol’ times, the 1990s, when nearly 20 million private sector jobs were created.

“I know the last time we had the same economic policies that (Donald Trump) is recommending … it didn’t work out so well for us,” Mr. Clinton said to a crowd of a couple of hundred listeners who gathered to hear him speak after the Labor Day parade.

Of course, what Mr. Clinton leaves out is that not everyone benefited during the supposed Clinton Golden Age in the 1990s, which was also a time of Republican dominance in Congress, a fact the Clintons often forget to mention.

Detroit, the South Side of Chicago, Cleveland, Buffalo, Erie, Toledo, and a number of other “Rust Belt” areas continued to see tens of thousands of jobs lost to competing states or to foreign countries, especially China and Mexico. The national economy undoubtedly boomed, thanks to both Democrats and Republicans, but many inner-city areas never experienced the kind of growth enjoyed by others, and not much has changed over the last two decades.

The most recently available government data show about 46.7 million people live in poverty, including 21 percent of all children, which is about 3.8 million more than in 2009, President Barack Obama’s first year in office. Many of these people live in economically depressed urban areas that have experienced significant job losses since the 1960s.

Both Hillary Clinton and Republican Donald Trump have pledged to address the severe urban poverty gripping many regions of the United States, but despite Mr. Clinton’s claims to the contrary, Trump’s plan is the one with the best chance of success. And if Trump is able to break through the reality-television-style media coverage of this election, his urban revitalization plan could fundamentally shift the election in his favor and help him capture the White House in November.

Unlike Mrs. Clinton — who has called for more taxes on businesses, increased government regulations, hundreds of billions of dollars of new government spending, and an “exit tax” penalty on business that want to leave the country to escape higher taxes — Trump plans to lower the corporate tax rate from 35 percent to 15 percent and, most important, he has said he will encourage businesses with funds overseas to bring their assets back into the country by allowing them to do so without being taxed at the current corporate tax rate (or even Trump’s proposed rate). Businesses would need to pay only a 10 percent tax, a bargain, to bring their money out of hiding and back into the U.S. economy.

Since most analysts estimate there is currently at least $2 trillion sitting overseas belonging to U.S. businesses looking to avoid America’s highest-in-the-world corporate tax rate, a 10 percent tax could yield as much as $200 billion in additional tax revenue.

Clinton says this amounts to nothing less than corporate welfare for billionaires, but according to Dr. Ben Carson, a former Republican presidential candidate and current adviser to Trump, stipulations would be placed on the funds that would require the $2 trillion to be used in “enterprise zones,” most or all of which would be in areas that are currently economically depressed.

Carson said such a move could create “the biggest stimulus since (Franklin Delano Roosevelt’s) New Deal, and it wouldn’t cost taxpayers one penny.”

Not only could the proposal have a significant impact on the economies of states such as Michigan, Ohio and Pennsylvania, it may also cause a monumental shift in the electoral landscape — if people ever find out about it.

States that were once manufacturing powerhouses, especially those in the Midwest, have traditionally been easy wins for Democrats in presidential elections, but in recent weeks Trump’s campaign has been surging in many of these states.

In Pennsylvania, a state that could decide the election, Trump was behind by double-digits or near-double-digits at the start of August, but he’s since closed the gap to an average of 6 percentage points over the past four polls, and two of those polls show him within the margin of error.

Trump’s economic message is resonating with people in many economically depressed, reliably Democratic regions, and if word gets out that Trump has a plan to stimulate these areas with untold billions of dollars, Hillary Clinton could be in for a big surprise on Election Day.