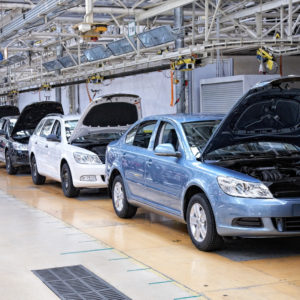 Albert Einstein supposedly said that a true sign of madness was to keep repeating the same experiment but to expect a different result. By this definition, the Trump administration’s trade policy should be deemed insane.

Over the last two years, the administration has engaged in at least three rounds of trade protection.

It started by imposing tariffs on many types of aluminum and steel imports. This was followed by substantial pressure on Canada and Mexico to agree to modification in NAFTA to the U.S. advantage. More important has been the imposition of a 10 percent tariff on $250 billion of Chinese imports. This has been coupled with the threat to both widen the scope and increase the level of these tariffs should China fail to commit itself to modify its predatory trade practices.

If the primary objective of Trump’s America First trade policy has been to reduce the trade deficit, to date it has to be judged a dismal failure. According to the Commerce Department, during 2018 the U.S. trade deficit will have widened to around $900 billion, or the largest such deficit in more than 10 years. Meanwhile, the U.S. bilateral trade balance with China has now risen to the highest level on record.

Undaunted by the seeming ineffectiveness of trade protection to reduce the U.S. trade deficit, the administration is now giving serious consideration to imposing a 25 percent tariff on European and Japanese automobiles.

Paving the way for such tariffs has been the recent determination by the Commerce Department under Section 232 of the Trade Expansion Act that automobile imports constitute a national security threat. That determination gives President Trump 90 days within which to decide whether or not to impose automobile import tariffs. Imposing tariffs would be eagerly welcomed by our automobile industry whose international competitiveness has been eroded by the increased cost associated with the administration’s aluminum and steel import tariffs.

In doggedly pursuing trade protection as the indicated route to reduce our trade deficit, the administration is blinding itself to one of macroeconomic theory’s few basic truths. That theory teaches that purely as a matter of arithmetic a country’s trade balance is determined by the degree to which its savings level falls short of its investment level.

It follows from this truth that if a country wishes to reduce its trade imbalance there are two basic ways that it can achieve that result. It either must increase its savings rate or it must reduce the rate at which it invests.

Viewed through the Savings-Investment lens, it should have come as no surprise that the U.S. trade deficit would keep rising despite the application of an America First trade policy. By engaging in a large unfunded tax cut and going along with public spending increases, the administration has put us on the path of substantially increased budget deficits and reduced public sector savings levels. In so doing it has raised the specter of the “twin deficit” problem of the 1980s when the country suffered from both a trade and a budget deficit.

The U.S. Treasury has correctly identified Germany rather than China as the country with the world’s largest external surplus. At a time that the German economy is already on the cusp of a recession, there is the real risk that a 25 percent tariff on its automobile exports would tip that economy well into recession. That would almost certainly further increase rather than reduce Germany’s external surplus as its investment rate and its import demand would decline with its economy.

If the administration were serious about wanting to reduce our trade deficit, it would concentrate its efforts on exercising a greater degree of budget discipline. That might reduce our rate of public sector dissaving and help improve our savings-investment imbalance. At the same time, it might use whatever leverage it had over a country like Germany to compel it to use the fiscal space that it now enjoys to stimulate its moribund economy and to reduce its trade surplus.

Maybe then we might hope that the world’s external imbalances might be addressed in the context of a healthy global economy and without the risk of triggering a world trade war. Sadly, there is little indication that the Trump administration is moving in that direction.