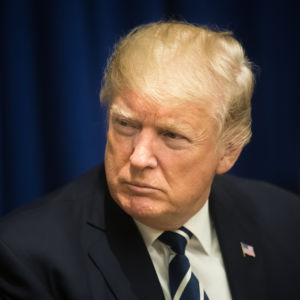 The great New York Yankee baseball player Yogi Berra played in 14 World Series, hit 358 home runs and made it to 18 all-star teams, but he’s just as well remembered for one enduring line, “It ain’t over ’til it’s over.”

Well, by now, it would appear to be over for Donald Trump, but it ain’t. Sure, the Electoral College, that anachronistic collection of electors from each state, has confirmed that Joe Biden had won the presidency by more than 7 million votes, picking up 306 electoral votes to 232 for Trump, but guess what?

Trump is still ranting and raving, calling the whole show a fraud and vowing to keep filing lawsuits until Biden’s inauguration Jan. 20. For that matter, he may not stop then. What’s to keep his fanatical diehards from shouting “Stop the Steal” so loudly that Biden will see and hear them from the White House that Trump and Melania and relatives and in-laws are so reluctant to be leaving?

If it appears that Trump is not going to stop the nonsense, however, we should not forget there is precedent for him to completely reverse course and come through grinning like a hero.

Remember when Trump in 2017 was calling North Korea’s Kim Jong-un “rocket man” and vowing to inflict “fire and fury” on his fiefdom? The rhetorical barrage was still reverberating around the world when Trump reversed course and agreed to meet the Kimster in Singapore in June 2018 for the first of their three summits.

Granted the Singapore summit was an amazing sham that produced nothing other than torrents of verbiage and video footage for the mass media, but Trump got away with it. So sure was he of its success that he claimed that he and Kim “fell in love” and averted a second Korean War.

The summit goes down in history not as a diplomatic triumph in which Kim gave up his nukes and missiles, which he still has no intention of doing, but a memorable exercise in showmanship.

It might be too much to expect Biden and Trump to embrace each other after all the abuse Trump goes on heaping on the president-elect and the entire election. We don’t even know if Trump is ever simply going to concede, as is customary, much less receive Biden gracefully in the Oval Office for a nice little chat before Biden’s inauguration or even attend the inauguration, as outgoing presidents have always done.

We must, though, expect the unexpected. How about, for instance, yet another meeting between Trump and Kim ― this time with Trump going to Pyongyang as ex-president? He would not be the first former president to do just that.

Jimmy Carter went to Pyongyang in 1994 for a conversation with Kim Jong-un’s grandfather, regime founder Kim Il-sung, on a boat in the Daedong River. Carter returned to Seoul confident that he had persuaded the North Korean “Great Leader” to “freeze” his nuclear program.

And Bill Clinton, after leaving the White House, flew there in 2009 on a plane owned by movie producer Steve Bing. His mission: to pick up American TV journalists Laura Ling and Euna Lee, imprisoned after wading across the Tumen River from the Chinese side to the North Korean side filming a documentary.

Of course, while the coronavirus pandemic rages, it’s a little early to expect Kim to be ready to receive the Trumpster in his country, now more tightly closed than ever, but in this continuing drama nothing is impossible.

The transition in Korea in 2017 from the conservative Park Geun-hye to the liberal Moon Jae-in was nothing like what’s going on in the United States. The Candlelight Revolution was full of drama, but Park was in prison when Moon got elected. In Washington, Trump goes on challenging the American democratic system while opposing crowds keep shouting “Stop the Steal” and “Black Lives Matter.”

Now we have to look forward to Jan. 6 when the Congress meets to certify the Electoral College results. Moves by Trump allies to block the process won’t get anywhere, but what if Trump clings to his desk in the Oval Office?

Images of Secret Service officers hauling him across the White House lawn would be perfect after a year of pandemic and protest.