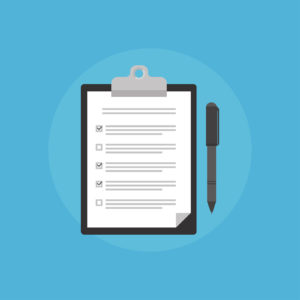 It is relatively common in everyday life to like a person generally while disliking how they do their job. Personal likeability does not translate to competence. This is the reality for politicians as well as coworkers. What is more rare is to be personally disliked, but deemed effective. This seems to the case with President Donald Trump, whose personal likeability ratings remain low, even as Trump’s poll numbers show that Americans approve of many of the policies he has enacted. The divide between Trump’s job approval and likability numbers poses a political puzzle and may complicate the GOP’s task going into the midterm elections.

As of Thursday, Trump’s job approval rating, according to Real Clear Politics, stood at 41 percent, with 53 percent of the country saying it disapproved of the president. When it comes to specific policy decisions, though, Trump’s approval numbers suddenly improved. Gallup found last week that 51 percent of Americans approved of how Trump was handling the economy, more than 10 percentage points higher than his overall approval rating.

When it comes to the economy, Trump’s numbers are better than Obama’s (46%), Reagan’s (44%) and Clinton’s (39%) at the same points in their presidencies, notes Ron Faucheux of Clarus Research. Voters also support the president’s handling of other domestic issues. A CNN poll released on Wednesday showed that 64 percent agreed with his handling of the recent hurricanes. These results show that Trump’s policies are trending higher than his personality by between 5 and 20 points.

For presidents to split their personal approval and job approval numbers is not uncommon. Some presidents have a personal popularity that exceeds the popularity of their policies.

During his presidency, Barack Obama consistently had job approval ratings of less than 50 percent through much of 2015. Despite this, when Obama left office, Americans on the whole viewed him favorably. In mid-January, Obama’s favorability rating stood at fifty-eight percent. While still south of the 78 percent favorability rating he enjoyed before his inauguration in January 2009, Obama could still say that most of the country viewed him favorably, even if they disagreed with his politics.

Bill Clinton also benefited from personal likeability while in office. Less than six months into his presidency, Clinton’s job approval numbers were at 37.8 percent. Meanwhile, his favorability polled between 40 and 45 percent, depending on the week.

With Trump, however, this split has been inverted. Trump’s job approval numbers remain consistently low, currently around 41 percent. Unlike most presidents, Trump did not receive much of a post-election approval bump. In fact, it was then-President Obama’s ratings that rose between the election and the inauguration while Trump’s poll numbers remained below 50 percent. However, these numbers are still higher than his favorability polling, currently around 39 percent.

This is a historical anomaly, says Jim Ellis publisher of the Ellis Insight publication and a public affairs consultant. Over the more than thirty-years that he has worked in politics at the state and local level, he finds it hard to think of another politician with such divided popularity.

“Ironically, the only person with numbers like Trump’s is Jeff Flake in Arizona, which is funny since they hate each other so much,” Ellis says. In Arizona, Sen. Flake has solid job approval ratings, but low likability numbers.

At the same time, Ellis admits that this might reflect a “new normal,” not for the country, but for Trump personally. Throughout the election cycle, Trump polled ahead of his own likeability ratings. What was important for Trump as a candidate was to know and understand his base and to continue to promote policies that the base supported.

The most recent polling by the Wall Street Journal and NBC shows a continuation of this trend. Trump’s deal with congressional Democrats to avoid a government shutdown and his handling of Hurricanes Harvey and Irma were supported by 71 percent of respondents. According to the poll, Americans had also become slightly more positive in their overall view of Trump. His job approval rating increased by 3 percentage points to 43 percent, its first increase since this spring.

Moving into the midterm elections, these numbers could put Republicans candidates in an unusual position. Republican leaders in Congress also have high disapproval ratings. According to an Economist/YouGov poll released on September 20, Speaker of the House Paul Ryan (R, Wis.) has an approval rating of 23 percent. Sen. Mitch McConnell, the Senate Majority Leader (R, Ky.), has a job approval rating of 17 percent.

“The greater danger [than Trump’s low approval ratings] is his base’s negative view of GOP leaders in Congress,” says Ellis. “The real danger to Republicans is if they don’t get that base focused on the next election.

Today, that next election is still far off and plenty of events could still shift Trump’s poll numbers. Still, the present polling shows that, once again, Donald Trump is rewriting political expectations, and creating a new normal.

CORRECTION: This piece was edited to correct an error on Gallup’s polling numbers.