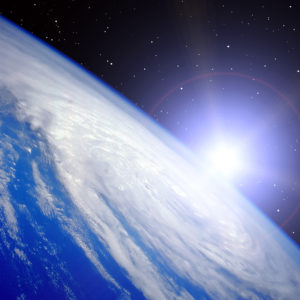 President-elect Donald J. Trump said recently that there exists “some connectivity” between human activity and climate change, which may or may not reflect a shift in his view on that scientific question. But he has indicated no change in his policy stance on various attendant regulations, and an “open mind” on a U.S. exit from the unenforceable international agreement on limiting greenhouse gas emissions, reached at Paris last year but never submitted for ratification to the U.S. Senate.

Notwithstanding the predictable sneering from the usual suspects, Mr. Trump is correct on the central policy questions, while the critics are wrong.

His preference for wholesale reform of U.S. climate and energy policies, in pursuit of improved economic conditions for American workers and consumers, can be explained in substantial part by his ability to read a profit/loss statement, that is, the narrow bang-for-the-buck benefit/cost question: What temperature effect would the Obama policies buy us by 2100?

The Obama administration has exhibited a decided reluctance to discuss that issue, the reason for which is obvious: If the entire Obama Climate Action Plan were to be implemented immediately, the temperature reduction achieved in 2100 would be about fifteen one-thousandths of a degree. That is not a number found on the back of some envelope; instead, it is the prediction made by the EPA’s own climate model.

That international action is needed is the advertised premise of the U.N. Framework Convention on Climate Change. The UNFCCC in truth is little more than a global meeting circuit for the world’s elites, as illustrated recently at the latest international gathering of the climate industry in Marrakesh for the 22nd round of pontificating about the urgent crisis confronting mankind, and about the absolute necessity of implementing the Paris agreement.

So let us assume emission cuts far greater than those promised in Paris. Our share of the announced pseudo-agreement with China yields another one one-hundredth of a degree by 2100. An actual cut in Chinese greenhouse gas emissions of 20 percent by 2030 would reduce temperatures by two-tenths of a degree. The same results from a 30 percent reduction by the rest of the industrialized world. And an impossible 20 percent cut by the rest of the developing world would add one-tenth of a degree.

The grand total: about half a degree, to be achieved at a cost of about 1 percent to 2 percent of global GDP every year, inflicted disproportionately upon the world’s poor. And so Mr. Trump is correct to conclude that climate policy is preposterous as a matter of the efficient allocation of scarce resources, and that the provision of clean water and the eradication of terrible diseases in the Third World are far more important priorities.

Moreover, the climate horror stories that pass for enlightened opinion in this area really are hoaxes. Annual increases in sea levels have been constant since at least 1992 and perhaps far longer. The Arctic and Antarctic sea ice levels do not differ as a matter of statistical significance from their 1981-2010 averages; there is some evidence that the Arctic sea ice may be declining, while the Antarctic clearly is growing.

The frequency and intensity of U.S tornadoes have been declining since the mid-1950s. The frequency and accumulated energy of tropical cyclones are near their lowest levels since satellite measurements began in the early 1970s. U.S. wildfires show no trend over the last 30 years. The Palmer drought severity index shows no trend since 1895. U.S. flooding over the last century is uncorrelated with increasing greenhouse gas concentrations.

Global per-capita food production has increased monotonically since 1993, and the global leaf area (“greening”) has increased about 14 percent since 1982, due in part to carbon-dioxide fertilization.

At a more general theological level: In the beginning, earth was the Garden of Eden. But mankind, having consumed the forbidden fruit of the Tree of Technological Knowledge, has despoiled it. And only through repentance and economic suffering can we return to the loving embrace of Mother Gaia.

However Mr. Trump has arrived at his perceptions of mainstream climate thinking, he understands that the economic suffering attendant upon current climate policies is worse than pointless, reflecting the condescension of the elites toward ordinary working people. He is right to reject it.