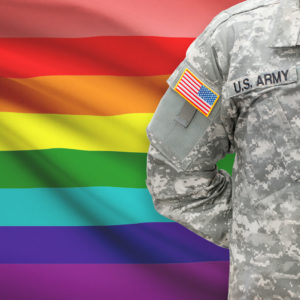 Last week, in a sudden reversal of policy, President Trump announced transgendered people would no longer be eligible to serve in the U.S. Armed Forces. Yet, a 2016 RAND study found that the costs of gender transition related health care are relatively low, and that allowing them to serve openly has no effect on military readiness. Furthermore, according to estimates, thousands of transgendered people are already serving on active duty.

As a veteran, I am deeply concerned about what this sudden reversal means for our armed forces. After the Pentagon’s end to the ban on transgendered service members last year, many transgendered troops have just come out to their units — only to be told now that they are banned from serving.

At a time when the military’s role around the world is growing, the sudden reversal of policy creates unnecessary disruption, shuns good service members and limits the pool of potential candidates. This is not only a discrimination issue but it also directly affects readiness, national security and morale.

This year at a conference in Washington, I had the pleasure of meeting a high-ranking Department of Defense civilian working in naval intelligence. Born a male, she was finally ready make the transition to a woman about 10 years ago to the gender she felt she actually was meant to be. The decision was extraordinarily tough as her colleagues were very conservative, and so rather than creating controversy or attracting undue attention, she was prepared to discreetly resign from her hard-earned position. Yet, instead of ostracizing her or agreeing with her decision to resign quietly, the commanding officer listened to her, embraced her situation, and rallied the whole office behind her medical decision. He couldn’t afford to lose her talent, whether she was male or female. Now that is leadership.

For many Americans, there is a huge misunderstanding as to who transgendered people are and what they want. Most transgendered people are hard-working Americans with a serious medical issue that has plagued them throughout their entire life. The medical community is sophisticated enough to address their condition and offer transgendered people a better chance at living a more fulfilling life, while general officers have stated that the military is open to all people, so long as they meet the standard. So why would the president forbid them from serving?