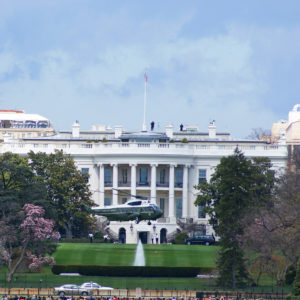 Trump’s Washington — a Government of Strangers

Prepare for a government of strangers: people we don’t know and haven’t met.

That government, those strangers, or mostly strangers, will shape the presidency of Donald Trump — not the slogans, not the declarations of intentions, not the hopes of those who threw in with Trump, but the merging of those interests represented by officeholders who aren’t well known in Washington or the nation.

In the short time between now and Jan. 20, the Trump transition team has to come up with some very key players, who eventually will have to be confirmed by the Senate — an easier prospect with a Republican-controlled Senate, but not a slam-dunk.

In relations with the world’s nations, some of whom Trump has vigorously unfriended during the campaign, these jobs will be of first importance, including secretary of state; secretary of defense; national security adviser; secretary of the treasury; and secretary of energy (often forgotten as a defense agency), who is the keeper of our nuclear arsenal.

Domestically, Trump needs quickly to name staff at the White House, especially the Office of Management and Budget, which, within short weeks of climbing aboard, must prepare a budget for him to send to Capitol Hill. That budget will be, in many ways, the first indication of how Trump plans to govern. Republicans as much as Democrats will be leery of what it contains.

After those critical positions, there are an incredible 4,000 additional positions to filled, 100 of which require Senate confirmation.

The conservative think tanks in Washington stand ready to heed the call, and maybe to provoke it, if they have an in. The think tanks are sounding boards for political ideas, like what to do about healthcare, foreign policy and trade, but they also represent something of a government in exile.

When a party is defeated, the ranks of the think tanks sympathetic to that party swell. Expect to see the Brookings Institution, the Progressive Policy Institute, the Economic Policy Institute and the New America Foundation find places for those leaving the Obama administration.

Likewise, the American Enterprise Institute, the Heritage Foundation, the Center for Strategic and International Studies and the newer Foreign Policy Initiative will be ready to disgorge their best to serve in government.

It is a changing of the guard that takes place with each election that results in a change of party.

After the think tanks, or maybe in lockstep, come the universities. Look for Obama refugees to show up at places like Harvard’s John F. Kennedy School of Government: a kind of halfway house for politicos. MIT and Stanford expect to have their faculty raided for the top jobs in the department of defense, energy and homeland security. Whether Trump and his people will raid these larders of talent is unknown.

Normally, White House watchers have a trail of crumbs to follow. They can say so-and-so was at college with the president, that professor so-and-so helped him form a position on nuclear power, or some think-tanker may have had a role in the campaign.

The Trump clues are meager. Only four names stand out: Steve Bannon of Breitbart News, his campaign’s chief executive; Kellyanne Conway, his campaign manager; New Jersey Gov. Chris Christie, his transition team head; and Sean Hannity of Fox News. Another clue: Many on the campaign staff once worked for Sen. Bob Dole, R-Kan.

Journalists will be watching the Trump camp just as Kremlin watchers in the days of the Soviet Union watched for hints out of Moscow. How will Trump govern? Who will staff his administration?

While Trump and his administration get settled in, while they find out how enormously complicated and far-flung the responsibilities of the U.S. government are, the day-to-day running of the country will be with the disparaged civil service: the bureaucrats so despised by Trump the campaigner, now his vital aides in transition.