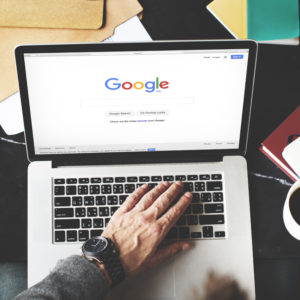 Trying to See the Future of IT

An old saying comes to mind in this era of information technology and its grip over the lives of every one of us. “In the land of the blind,” goes the line, “the one-eyed man is king.”

That is, the man who can see at least partly while others see nothing is destined to dominate the kingdom.

We see the truth of that line in the rise to fabulous riches of Bill Gates, Mark Zuckerberg, Jeff Bezos, the late Steve Jobs and many other IT billionaires and mega-millionaires. They perceived the hold that knowledge and the means to disseminate it across a mass global audience would transform all that we do, professionally and personally, for business or fun.

The incredible $2.7 billion fine imposed on Google by the European Union for allegedly manipulating internet search results to favor a shopping service shows the smoldering resentment of the wealth and power of this system for looking for just about everything. Google, in less than 20 years, has grown to become the world’s most awesome search facility with the capability not only of directing us to basic information but also of mass marketing and sales. It was this capability that prompted the case before the EU in which Google is accused of violating antitrust rules, depriving European companies of customers.

As the Google case shows us, questions revolve around how to control those in authority over IT technology — how to govern their means of distribution while giant search engines vie for ever more power and the rest of us watch in awe.

The internet emerged in the United States as the brainchild of future Silicon Valley billionaires. The U.S. Commerce Department regulated it for years before deciding this amazing avenue to knowledge, communications and ideas should be controlled by many more people and interests. Ultimate control now resides in ICANN, the Internet Corporation for Assigned Names and Numbers, a non-profit owned and run by a global network of administrators and engineers.

We’re still in the early stages, however, of never-ending controversy over who really should control the internet, how is it possible to regulate this flood of information to which billions of people have ready access, and how does one deal with rival entities, corporate interests and governments, good and bad.

The internet is such a powerful phenomenon that many countries seek to control and manipulate it entirely for their interests while also attempting, often successfully, to undermine enemies with viruses capable of stripping away entire systems. North Korea is one blatant abuser. While denying access to all but a few privileged figures, North Korea is guilty of attacks on South Korean banks and on the South’s ministry of national defense and on unsuspecting people and organizations worldwide.

Abuse of the internet, as experienced by ordinary users, also consists of criminal attempts at extorting money, gaining entree into bank accounts after persuading potential victims to divulge personal details, including identification numbers.

Internet crime is a global problem in which thousands of unscrupulous operators are able to carry out criminal activities often far beyond the reach of the law. What kind of international police force is capable of hunting down suspects from eastern Europe and Russia to Nigeria and North Korea?

Not surprisingly, however, much of the controversy about the internet focuses not on crime but on the power vested in the billionaires who control it. Many resent the ability of Google to dominate our lives. Instinctively, we “google” names to discover vital information that we used to find only in obscure books and magazines. The word “google” has entered the global vernacular as a verb based on the company name. We’re constantly “googling” often obscure details of news and background, including criminal records and other embarrassing facts.

Does Google have too much power? Is it fair for one company, founded by a couple of Stanford University graduate students, Larry Page and Sergey Brin, to exercise authority over a world of information just because they hold enough shares to control it? And how about Google Chairman Eric Schmidt, who visited North Korea four years ago, dispensing advice about the need for internet access for everyone, not just the elite?

These men may be responsible, but no one can be sure who will take over Google, Microsoft and dozens of other companies in the next generation. Nor do we know the degree to which governments and criminals alike will subvert the internet for their own purposes. The internet can be a force for both bad and good, dominating a world in which the one-eyed man reigns supreme while the rest of us are forced to follow blindly.