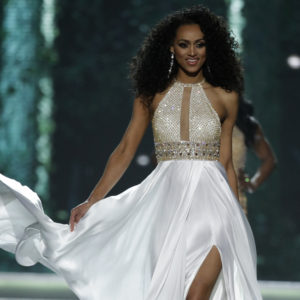 We live in times of hypersensitivity. One way in which collectivism acts against individual freedom is by declaring morally reprehensible — and oftentimes prohibiting — what is deemed “offensive.” The expression “political correctness” has come to define this assault on free speech that hides behind the mask of respect for the sensibilities of others.

Any attempt to deviate from this hypocritical abuse of power should be welcome. Which is why we should rejoice at two recent developments.

The first is the decision by the Supreme Court to side with the Asian-American rock band The Slants against the Patent and Trademark Office, which had refused to register a trademark for the group on the grounds that the name is offensive to Asians. This is not the first time the Patent and Trademark Office, armed with a provision against offensiveness in the federal trademark law, has made decisions based on political correctness. It canceled the Washington Redskins’ trademark in 2014 on the ground that the name offended American Indians.

The second development is the courage shown by Kara McCullough, Miss USA 2017, a young scientist who works for the Nuclear Regulatory Commission, in answering two questions during the pageant. She was asked whether affordable health care for all Americans is a right or a privilege. She said that she sees it as a privilege because her own insurance comes from her employment; in order to obtain coverage one should get a job, she added, and we should cultivate an environment in which people can have jobs and therefore health care.

When asked about feminism, she stated that she was more for “equalism” and associated the other term with not caring about men. Of course, she was massacred in the social media and part of the mainstream media (which, realizing she was not going to back down, subsequently tried to present her comments on the controversy as a retraction).

Of course, neither Kara McCullough nor the Slants had any intention of being offensive. In McCullough’s case, regardless of one’s views on the matter, all you have to do is watch her making the original comments to see that she was responding quite honestly based on personal experience. In the band’s case, it’s even more absurd to take offense since the name actually ridicules the stereotype by wearing it as a badge of honor.

John Stuart Mill, who wrote in the 19th century, might as well have been living in our times when he attacked, in the second chapter of his book “On Liberty,” the idea that offensiveness should be used as an argument against free speech.

The first problem, Mill noted, is where to draw the line (fixing “where these supposed bounds are to be placed”) — because anyone who finds it hard to counter an argument will accuse their opponent of being offensive (“intemperate”).

The second problem is that limiting free speech for the sake of political correctness will be unfair to people of perfectly good faith. People who are informed and competent often misrepresent other people’s views or suppress facts and arguments. Who is to say what is a perfect representation of someone else’s views? The offended party? That would turn people of good faith into “morally culpable” beings all the time!

The third problem is that the denunciation of offensive speech, as Mill maintained, usually targets those who defy the “prevailing opinion”.

Free speech is one of the protections we have, as individuals, against the tyranny of the majority (whether it is truly a majority or not). The world needs more people like Miss USA 2017 and more Supreme Court decisions that defy political correctness.