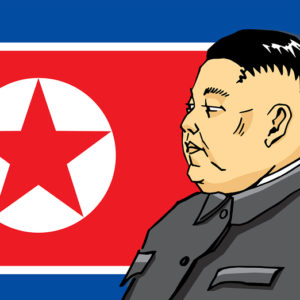 We’ve been hearing a great deal about North Korea’s “gift” to the United States in the form of the test of a long-range missile or satellite launch as punishment for the failure to agree to sanctions relief. Considering all that’s at stake, a step-by-step deal under which Kim Jong-un slowly surrenders his nuclear program while the United States and United Nations let up on sanctions might seem sensible. Why not, it’s tempting to ask, deprive the North of a rationalization for making good on its threats?

Much as China, Russia and numerous pro-Northers would endorse such an agreement, a quick look at history would show that North Korea has never honored its promises. Donald Trump was not the first to succumb to the North’s deception when he seriously believed he had gotten rid of the danger of its nukes at his rendezvous with Kim Jong-un in Singapore one and a half years ago. He may have come to his senses when he walked out of his next summit with Kim in Hanoi last February, but he’s still looking for a way to pronounce the problem solved.

Let’s say we do have yet another tremendous conference, maybe of negotiators from all the countries with a stake in the standoff, and they come up with an elaborate deal under which, again, all sides claim success. Amid the rhetoric, however, it’s easy to forget that the North is guilty of much more than splurging on its nuclear-and-missile program at the expense of its impoverished people.

The North’s other great offense, besides breaking every promise it has ever made about a nuclear-free Korean Peninsula, is its cruel violations of basic norms of human rights. Any mention of the North’s transgressions against the rudimentary rights of its citizens draws a rhetorical tirade from Pyongyang that is just as vitriolic as attacks on the United States for persisting in demanding complete denuclearization.

Knowing that Kim Jong-un is dead set against giving up his nuclear program regardless of whatever carefully crafted document he may sign, does Trump have any reason not to place human rights near the top of the agenda, right after weapons of mass destruction? If negotiators are going to talk about some formula for denuclearization, they would do well to demand a place for human rights in any discussion.

Oddly, however, the Americans seem to want to sublimate the whole issue. The fear is that the North Koreans would simply not talk about human rights, might well walk out of any meeting in which the topic arose and would not join in another round of negotiations on its nuclear program. It was no doubt for that reason that the United States refused to agree to a session of the U.N. Security Council to focus on North Korea’s human rights record after the North’s U.N. ambassador said a meeting on that topic would be a “provocation.”

The North Korean leadership was incensed when U.S. negotiator Stephen Biegun, just named deputy secretary of state, supported a U.N. General Assembly resolution excoriating the North for its record on human rights. The U.N. resolution was fairly pro forma, almost a routine denunciation that would not have captured too many headlines, but it was enough for the North Korean foreign ministry again to resort to threats, warning of the high price the United States would pay for this insult.

It might be understandable for South Korea not to take a position on North Korean human rights that would totally sink any chance of North-South reconciliation. South Korea faces the North up close and stands to suffer the most in a breakdown of the seeming goodwill engendered by President Moon Jae-in’s three meetings with Kim. If nothing else, South Koreans can always hope for understanding on issues ranging from reunions of divided families to renewed trade and tourism.

Really, however, there’s no good reason for the United States to shy away from taking the North to task on human rights. With no real deal on the North’s nukes and missiles in the offing, the Americans should not be intimidated by the North’s big talk.

If talks are to resume between the U.S. and North Korea, the Americans should have the courage to put human rights on the agenda. There is nothing to lose and all to gain by reminding the world of what the North Koreans are doing. Weapons of mass destruction — nuclear, chemical and biological — pose the biggest long-range danger, but the daily suffering of North Korea’s people should not be ignored in the rush to reach a nuclear agreement that’s not going to happen.