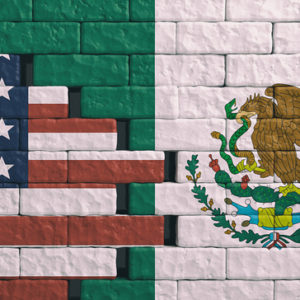 U.S. Can Do More to Address Humanitarian Crisis in Central America

Washington has devoted considerable attention to our nation’s southern border in recent months. But whatever one’s opinion of the current political impasse, the debate at hand has failed to include enough meaningful consideration of how to address the factors that are driving migrants to leave their homes for the United States.

The challenges facing Central American nations such as Honduras — where another migrant caravan recently departed for the United States — are significant. Gender discrimination, lack of economic opportunity and corruption loom large over day-to-day life. Rampant gang violence and extortion make even simple security far from certain.

Woefully inadequate infrastructure further detracts from quality of life. More than 60 percent of the region’s roads are unpaved — significantly more than emerging nations. Two-thirds of the region’s sewage is untreated, and the World Health Organization finds that a lack of clean drinking water and poor sanitation are the region’s second leading cause of death among children.

Energy infrastructure in particular is severely lacking — and this is exacerbating other challenges faced by the region. The region’s grid is unreliable, plagued by one of the highest rates of power loss in the world. And the Central American pipeline network is not only unreliable but also a boon for the criminal actors that already wield far too much power in the region.

In Mexico, for instance, a rash of fuel thefts — so sophisticated that they are said to have their own depots and a reliable clandestine distribution network — have led the government to restrict pipeline deliveries. Citing a loss upward of $3 billion annually, the government has imposed restrictions that have forced consumers to line up at gas stations for days on end for the right to buy badly needed fuel.

The Mexican administration attempted to address the threat by implementing a system that instead relies on tanker trucks to deliver fuel. And while the system has generally been regarded as well-intentioned, its success has been constrained by a lack of education, unreliable supply in distribution centers, and an insufficient number of trucks.

Pipeline infrastructure can be effectively secured, but doing so requires expertise, vigilance, and real partnership and collaboration between the public and private sector. The American government, in concert with U.S. industry leaders, has the type of hands-on experience that can help to address the challenges facing Latin American pipeline infrastructure. Steps like enhanced and automated monitoring, improved controls, risk detection and more are established elements of American pipeline security that could, with enhanced collaboration and partnership, be applied at scale in Latin America.

What is more, efficient, state-of-the-art energy infrastructure plays an important role in reducing greenhouse gas emissions — particularly when compared to other methods of transportation. A 2017 study based on North Dakota data published by the National Bureau of Economic Research found that “air pollution and greenhouse gas costs are nearly twice as large for rail as for pipelines.” A separate Environmental Science & Technology report concluded “pipeline transportation produced between 61 percent and 77 percent fewer (greenhouse gas) emissions than by rail.”

Based on these studies, it is clear that pipeline networks should be a preferable method of energy transportation and can greatly contribute to a more efficient, more environmentally friendly means of delivering oil and natural gas.

The Central American need for assistance reaches beyond infrastructure to broader economic development. The United States has both the opportunity and the ability to play a role in delivering that assistance — and it should capitalize on that prospect in a timely manner not just for the good of the region but also in the interest of its own diplomatic standing.

The United States can and should do more, in cooperation with partners like Mexico, to support economic development in Central America. Key investments in infrastructure, especially in the energy sector, have the ability to address the root causes of the problems that challenge people on both sides of the border. Through collaboration with the private sector, the United States has the opportunity to lead — providing enduring, sustainable benefits to all.

As the border debate rages on, Americans must not lose sight of the true humanitarian crisis that is driving migrants northward — nor should we lose sight of what we can do to help.

Tom Magness (U.S. Army colonel, retired) served as a commander in the U.S. Army Corps of Engineers, and he is the founder of the Eagle Leadership Group and currently acts as a strategic adviser to the Grow America’s Infrastructure Now Coalition. He wrote this for InsideSources.com.