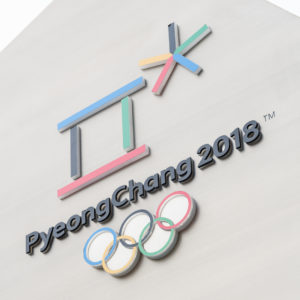 WASHINGTON — U.S. officials and so-called Korea experts look with clearly mixed feelings on the prospects of North Korea sending hundreds of performers, artists and officials to the coming Pyeongchang Olympics.

Conservative forces in Washington share the misgivings of Korean conservatives over athletes from the two Koreas parading together under the unification flag at the opening and closing ceremonies, and they feel sympathy for South Korean women’s hockey players who will lose their chance to compete just because the North and South teams are combining.

“Who can blame South Korean women who will be left out,” asked a hockey fan here. “These young women have been playing their hardest for the chance to be in the Olympics, and now some of them won’t be able to realize their life’s dream just because of North-South politics.”

The White House, however, is still attempting to make the most of the embarrassment caused by North Korea’s clever strategic move of embracing the Winter Olympics and South Korean President Moon Jae-in’s falling for the overture from North Korea’s Kim Jong-un. President Donald Trump has gone along with advice from Korea experts to put on a show of enthusiastic endorsement of the exploitation of the Games as needed to bring about Moon’s dream of reconciliation and dialogue.

In that spirit the White House optimistically expressed the hope that all those North Koreans coming down to Pyeongchang and Gangneung, the venue for all forms of ice skating competition, would get some sense of what life is like in a free society. Just by being in South Korea, watching the reactions of spectators, according to this logic, the North Koreans might go home with a favorable view of South Korea and the need for North-South cooperation.

Or, as one White House official put it, perhaps “a small taste of freedom” would persuade some North Koreans to have misgivings about the dictatorial policies of the North Korean regime. White House spokeswoman Sarah Sanders came up with the official response, saying the Winter Olympics provided “an opportunity for the regime to see the value of ending its international isolation via denuclearization.”

Rather than worry about North Korea winning over leftist adherents in South Korea, Sanders expressed the hope that the whole experience “rubs off” on the North Korean visitors “and is something that spreads and impacts in these negotiations” — meaning, North-South talks and ultimately talks leading to the North’s agreeing somehow on denuclearization.

There was no doubt the White House had decided to put the best face on what many fear will actually be a setback in efforts at finally getting North Korea to come to terms. The notion that North Korea would eventually agree to talks about giving up its nuclear program seems especially unrealistic considering that North Korean rhetoric on the subject has been as hardline as ever while the U.S. and South Korea are still planning joint exercises after the Paralympics are finished in March.

The question some analysts are asking is whether Trump will be tempted to order pre-emptive strikes on North Korea’s nuclear and missile facilities if Kim Jong-un appears ready to order more tests of long-range ballistic missiles and preparations for a seventh nuclear test. Experts warn that the next such test may not be underground — that Kim may want to order a nuclear test above ground, somewhere in the Pacific.

“You’re talking about something really scary here,” said Tony Namkung, who has visited North Korea 70 times as an intermediary looking for reconciliation and dialogue. “Who knows what might happen?”

Namkung, who has participated in “track two” talks, unofficial meetings between American experts and North Korean officials, does not, however, think the United States is likely to attack North Korea in the near future. “My own feeling is we are not on that path,” he said at a talk in Washington.

Trump, said Namkung, appears to have “moved away from ‘fire and fury,’” a reference to his threat to inflicting devastating punishment on the North if the North showed signs of attacking the United States. Yes, said Namkung, he had heard talk in Washington of inflicting “a bloody nose” on North Korea, but he said U.S. policy now was “much more ambivalent.”

Nonetheless, both Defense Secretary Jim Mattis and Secretary of State Rex Tillerson have held out the possibility of the “military option” if all else fails. Tillerson expressed that view most recently at a session in Vancouver, Canada, of the foreign ministers of 20 countries, most of which had allied with the United States and South Korea in the Korean War. China, which rescued North Korea from defeat, strongly criticized the meeting for raising tensions and intimidating North Korea.

Namkung suggested that the United States, North and South Korea should all get together in a summit in which China played no role. He saw a certain disagreement in Pyongyang between officials in the foreign ministry adopting a “realistic side” that recognized South Korea and others in the ruling structure opposed to recognition of the South. Ultimately, he said, three-way talks might lead to broader talks in which China would play a role.

“What lies before us is great uncertainty at this moment,” Namkung saud. “We better think of concrete formulas to get out of this situation.”