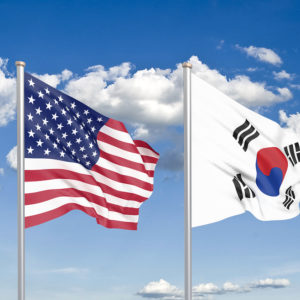 SEOUL — For the second time, I’ve gone into quarantine for two weeks at my place in Seoul after returning from the U.S.

The first time, in April, I was tested at the airport, sent overnight to a youth camp taken over by the government for new arrivals, pronounced negative a day later and sent home.

The second time, this month, I was permitted to go home from the airport, then told to go to a local public health center within three days for testing. Both times, a self-diagnosis app was installed in my mobile phone at the airport for reporting twice daily on my condition, including my temperature and any signs of coughing, headache or fever.

These requirements are far more demanding than those in the U.S., where no one is tested on arrival or told to get tested unless showing signs of the disease.

Nor have I ever heard of a self-diagnosis app in the U.S. When I asked my doctor in Washington if he could test me for COVID-19, he said he did not have the facilities but could send me to a place to have it done. Since I did not have any symptoms, he said a test was not necessary.

So far I’ve only been tested in Korea.

It’s difficult, however, to criticize the Korean system or Korean concern for the spread of COVID-19. The country has an enviable record in battling outbreaks of the disease. Stringent measures are needed to keep it under control.

But then, at what point do such measures amount really to suppression of the right to demonstrate, to hold academic classes or religious services or to oppose official policies?

That’s the question as the police set up barricades around central Seoul that prevent conservative foes of the government from staging massive protests as they were doing regularly before fears of the virus forced them off the streets.

The same questions reverberate across the U.S. where the pandemic has spread almost out of control in some areas. State governors and city mayors have widely different views on what to do. In some states, they have shut down schools and universities entirely.

Professional and inter-collegiate sports programs go on erratically, generally before empty stadiums and stands. Masks are mandatory in some buildings, on some transportation systems, but not on all.

The outburst of protests in the U.S. after the killing of George Floyd by a police officer in Minneapolis in May has greatly complicated matters. Protesters have staged demonstrations across the U.S. without appearing at all concerned about spreading the pandemic.

At the same time, some religious leaders, in the U.S. as in Korea, have demanded their right to hold services.

Local governors and mayors appear uncertain as to how to respond.

Above and beyond all these issues hangs the campaigning leading to the elections on November 3 for president and vice president, 33 of the 100 senators and all 435 members of the House of Representatives.

Trump and his White House staff would like to behave as though COVID-19 was not a menace, but the fact is that several dozen people in and around the White House have come down with the disease. It’s possible, in fact, to identify the White House as a super-spreader

The impact of the pandemic on election-year campaigning in the U.S. presents quite different problems from those in South Korea.

State and local governments are reluctant to halt political speeches before crowds, but obviously they have to consider the dangers of people clustering close together whether at campaign rallies or antigovernment protests. The pandemic does not make political or ideological distinctions.

Politicians and religious zealots, however, often accuse the government of deliberately blocking free speech, the freedom to demonstrate for or against one cause or another.

In that sense the response to COVID-19 is quite similar to that in Korea. One big difference, though, is that U.S. society is far more diffused.

There is no national police force as in Korea. Troops from the National Guard are sometimes ordered to curb protests, but authorities have yet to impose the kinds of physical constraints in the form of rows of buses and fencing that stops crowds from gathering in central Seoul.

The U.S. and Korea share common concerns, however, about the threat posed by government forces who would use the pandemic as a pretext to stifle opponents.

Advocates for and against Trump or Biden have accused local authorities of abusing their power for political purposes.

In combating COVID-19, it is very difficult to draw the line between oppressing enemies and suppressing the disease.