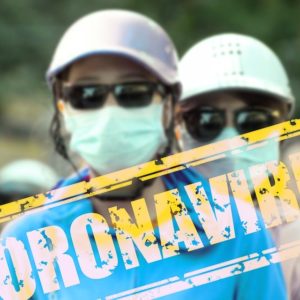 SEOUL — Fighting the coronavirus is like advancing through a minefield in which explosions can kill and wound if not defeat the entire offensive.

South Korean health experts acknowledge the hazards after the bug spread through crowds in bars and clubs in Seoul’s Itaewon district just as new cases had fallen to a few a day.

South Korea, however, is far from the most complicated battlefield in the struggle. The biggest, most problematic are two countries that are not only totally different but also hostile toward each other. The issues may seem different, but the results are similar. Needless suffering exists with no resolution in sight.

The first of these two is the United States. It’s hard to imagine so many brilliant minds looking for cures to the pandemic in laboratories and hospitals across the United States. And yet Americans are not only divided but often at dangerous odds with one another as to how to defeat the plague.

The central problem lies within the White House. President Trump is desperate to claim that he conquered the enemy and now everyone can return to work. He’s got a deadline coming up very soon in the form of the November presidential election.

If the United States is not seriously on the way to recovery, he’ll be blamed for waiting far too long to do anything about it and then for having ignored the best advice of his own people.

His highest advisers, notably Anthony Fauci, director of the National Institute of Allergy and Infectious Diseases, have said plainly that returning too soon to life as it was before the disease broke out would not be a good idea. In fact, it could be catastrophic.

All we need is for COVID-19 to recur in large numbers to be sure of unemployment skyrocketing to even higher numbers while many companies shut down forever.

Trump doesn’t get it. He encourages governors to relax, let people return to work, open up schools and other institutions when others, including some governors, are opposed. He has been consistently wrong from the outset in his refusal to realize the dangers and act fast.

Some governors support him in a gamble that Trump, the old-time owner of gambling casinos, is willing to risk in hopes things will be so much better as to ensure his re-election.

The other country that’s making huge mistakes is North Korea. Leader Kim Jong-un’s game is to cover up the damage done by the disease. He and his regime remain silent on where the disease has broken out, how many cases have been reported and what’s done about them.

The rule in Pyongyang is the Kim dynasty can be seen as doing no wrong. If Kim is infallible, then it stands to reason that none of his citizens has caught COVID-19, not even the milder versions. Nor can a soul be acknowledged as having died of the disease.

Considering how often the state media has urged precautions, has tightened up the northern border with China, has restricted entry into the country and travel within, we can be sure all is not well in Kim’s kingdom. Just how Kim is doing is far from clear, but from what is known about the North’s medical system, there has to have been widespread suffering.

North Korea’s secrecy is the opposite of the transparency that South Korea credits with having had a lot to do with curbing the spread. Kwon Jung-wook, deputy director-general at the Korea Centers for Disease Control, says “openness and transparency” are vital in getting people to take the precautions to avoid getting sick.

A sophisticated system for tracing the movements of those who have come down with the bug and then sending “emergency alerts” on mobile phones is an intrinsic element in this approach.

The North should follow South Korea’s example in dealing with the illness, and the South should give the North medical aid. Kim Jong-un’s fear, however, is he’ll lose dictatorial total control over his impoverished, undernourished subjects if illnesses and deaths are publicized as they are in just about every other country.

He would prefer to reject any deal that would force him to reveal his weakness and that of his regime.