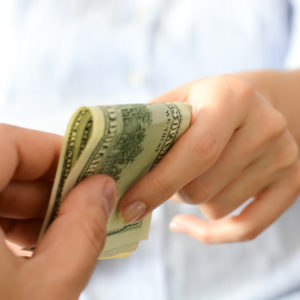 When white-collar crimes or corporate scandals take place in America and most Western nations, they make headlines, ruin brands and result in jail time. Look no further than names such as Enron, Madoff, WorldCom and Theranos for proof.

When similar offenses occur in other corners of the globe, governments and the justice system often protect corrupt businesses. Occasionally, lawmakers and judges even work with shady companies to rip off customers and investors.

That’s why a new nonprofit committed to exposing white-collar crimes, promoting the rule of law, and advocating for a fair and independent judiciary will initially focus on the Middle East.

The Global Justice Foundation hopes to improve global business ethics, specifically in countries where government officials and business leaders engage in illegal activities to create an uneven playing field in the marketplace.

An impressive group of talent is leading the organization. Sidney Powell, a former federal prosecutor in three districts under nine U.S. attorneys from both political parties, is the chair of the Global Justice Foundation. Journalist John Fund, who has written extensively about government transparency and clean elections, serves as a senior adviser. Ken Starr, a former U.S. solicitor general and appeals court judge who famously served as independent counsel during Bill Clinton’s presidency, is the foundation’s legal adviser.

At a news conference unveiling the Global Justice Foundation at the National Press Club in Washington, Starr said, “The very first function of governments is to establish justice. If you don’t have a just society, you don’t have anything worth preserving, because there will be fundamental unrest and profound instability.”

That unrest and instability has devastating consequences for Canadian-American businessman Omar Ayesh, a co-founder of the Global Justice Foundation.

Evidence indicates UAE-based Tameer Holding’s majority shareholder Saudi Minister Ahmed al-Rajhi was engaged in one of the largest real estate frauds in history, misappropriating billions of dollars from American and European investors by moving assets from Tameer into shell companies, backdating fabricated board resolutions, appointing fake boards, and manipulating financials. Ayesh alone lost more than $1.8 billion in the scheme, according to a ruling by the Dubai Supreme Court.

Lawsuits by Ayesh and other investors allegedly defrauded by Tameer have been tied up in a Dubai court for more than 11 years — possibly being slow-walked by the UAE justice system because the beneficiaries of the fraud include close associates of Saudi Crown Prince Mohammed bin Salman.

The defendants, the al-Rajhi brothers and their executives, have allegedly intimidated witnesses and threatened court fact-finding magistrates — something that would have triggered prosecution in the United States but has fell on deaf ears in the UAE.

“Justice delayed is justice denied,” Starr noted. “And consider Omar’s saga of being in court for 11 years, there is need for just and speedy resolution of disputes. There needs to be an avenue where disputes, commercial and otherwise, can be quickly and fairly addressed.”

Apparently the UAE would prefer to sacrifice justice, honesty and integrity to avoid upsetting powerful leaders in neighboring Saudi Arabia.

The UAE’s willingness to look the other way when foreign investors are being swindled may have a chilling impact on recent efforts to lure international investors to the country.

Since early 2018, the UAE has passed laws to reduce red tape, allow foreign ownership of businesses, grant long-term visas, and hand out enticements to lure investments in start-ups. All of those incentives will do little to grow the UAE’s economy if there is no rule of law to ensure that investors won’t fall victim to scam artists.

Powell worries about the future of business if governments, judges and white-collar criminals work together to game the system.

“We have a huge problem worldwide: business requires certainty within which to operate,” Powell said. “If Dubai wants to be the financial capital of the Middle East, it is going to have to create a legal system that pays more than a lip service to the rule of law. It has to actually enforce the rule of law, which means that the process has to be fair and just. It will have to provide for an independent judiciary that cannot be subject to threats. It will have to protect judges with obstruction of justice criminal prosecutions, and the same with respect to witnesses.”

A close alliance with the United States is vitally important to both the UAE and Saudi Arabia. Consequently, the Trump administration and Congress are well-positioned to leverage the Global Justice Foundation’s research to demand transparency, accountability, and fairness from both nations. By doing so, America’s leaders can help provide justice for Ayesh and others, and help to put a stop to the culture of corruption and white-collar crimes that permeates much of the Middle East.