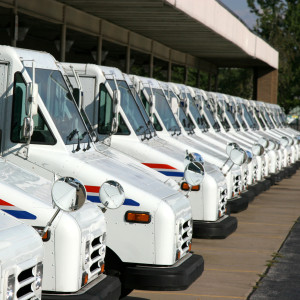 U.S. Postal Service vehicles delivering mail in the mountains of North Carolina could soon have a different design than those serving the Virginia suburbs.

That was one takeaway from Thursday’s congressional testimony by Postal Service Chief Financial Officer Joe Corbett, who appeared before a House subcommittee to discuss his agency’s plan to replace 180,000 of its aging vehicles — nearly the entire decades-old fleet — by 2018.

Several lawmakers cautioned against a one-size-fits-all approach to this process, which could cost upwards of $6 billion.

Rep. Gerry Connolly, D-Va., told Corbett, “We’d like to work with you on making sure that, as we replace the fleet, which is a huge fleet, we’re taking into account the differences in routes — urban, rural, suburban, etc., and to make sure that we also are getting the best bang for our buck from an environmental perspective.”

Rep. Mark Meadows, R-N.C., stressed many of the same points.

“In Mr. Connolly’s district, you could do … electric vehicles extremely well,” he said. “In my district, as you start to go up a mountain, I can assure you that it won’t work nearly as well.”

Asked directly whether the Postal Service was open to a fleet with multiple types of vehicles, Corbett said, “We absolutely are.” (Agency spokesperson Sarah Ninivaggi also confirmed “the potential for a mixed fleet of vehicles” in an email to InsideSources.)

Moving forward, a series of companies are set to provide the Postal Service with prototype vehicles. The agency plans to test these prototypes in “simulated and live environments” over six months, after which the actual production process can begin, according to Ninivaggi. Still, Corbett told lawmakers that it could be two years before the Postal Service even approves designs for its new fleet.

It’s not immediately clear how the Postal Service intends to pay for the new fleet. The agency has maxed out its line of credit with the U.S. Treasury, and while it has cash on hand, it’s billions behind on benefit obligations to retirees.

The current push to modernize postal delivery comes as the existing fleet suffers from significant wear and tear. The Postal Service has struggled financially for decades — it lost $1.5 billion in the first three months of this year — and this trend has prevented it from replacing or refurbishing vehicles.

“Instead, the agency chose to focus on maintenance,” Lori Rectanus from the U.S. Government Accountability Office said at Thursday’s hearing. “While understandable, this approach has had trade-offs. For example, there have been high yearly maintenance costs.”

In fact, in order to repair engine and transmission parts as well as some vehicles’ aluminum frames, the Postal Service spent an average of $4,200 per vehicle on maintenance in 2014, Corbett said.

That fact was perplexing to some lawmakers on the committee, although none appeared as troubled by Corbett’s testimony as their colleague Rep. Buddy Carter, R-Ga., who shook his head in disbelief upon learning that the Postal Service isn’t allowed to ship alcohol.

Departing from prepared remarks, Carter said, “I’m a pharmacist. The number one drug problem we have in this country right now is prescription drug abuse. Yet you can mail prescriptions, and you can send controlled substances, but you cannot send beer, wine and spirits through the mail? Amazing.”

Of course, Corbett wants to change that policy, in part to improve his agency’s financial situation.

“There are hundreds of millions of dollars that can be earned,” he said at the hearing.