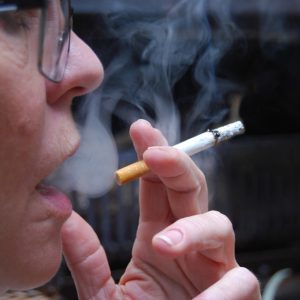 A new American Cancer Society study suggests that the public health community should be more careful about the messaging it delivers on the differences in harm between combustible tobacco and vaping products.

The research found that the public perception among American adults of e-cigarettes being “more harmful” than cigarettes more than doubled during 2019 and 2020, and the perceptions that they are “less harmful” declined between 2018 and 2020. Of those surveyed, 28.3 percent believed vaping was more harmful than smoking in 2020, up from 12.8 percent in 2019 and 6.8 percent in 2018.

Meanwhile, those correctly believing vapes are less harmful than smoking dropped from 17.6 percent in 2018 to 11.4 percent in 2020.

In effect, messages that unduly warn about the harms of vaping and downplay the huge difference in relative risk between vape products and traditional combustible tobacco are inadvertently guiding nicotine consumers toward smoking.

Public health activists should not be surprised by this. Vaping is a direct substitute for smoking, and vape products compete in the nicotine market with combustible cigarettes and other tobacco products. Since most vapers are former smokers, talking down the safer alternative can only mean more people are smoking and fewer smokers are switching.

A significant cohort of the public health community is relentlessly opposed to the harm reduction concept of vaping as a substitute for smoking. They believe the only way to quit is cold turkey, an approach colloquially termed “quit or die.”

Daily Google alerts for vaping routinely return dubious research articles designed to cast doubt on vaping and discredit the harm-reduction route to switching from combustible tobacco use. This constant drip of contrived negativity toward reduced-risk products is, in turn, lapped up by the media, which has found that it gets much more reaction from “clickbait” articles warning about potential unproven dangers of vaping rather than calm objective reporting.

Many public health researchers and academics then repeat these bogus claims and are more than happy to contribute with quotes to add their heft to the scare story of the day.

Government messaging is skewed toward emphasizing the dangers of e-cigarettes, with the Centers for Disease Control coining the term e-cigarette, or Vaping, product use-Associated Lung Injury (EVALI) to categorize a 2019 lung injury outbreak that was overwhelmingly linked to illicit products that did not contain nicotine. The CDC has been asked by policy experts to clarify that nicotine vaping was not to blame, but the agency has declined and continues to do nothing to address the public misinformation that persists in media and academia.

Disturbingly, the ACS’s own research is guilty of this misleading messaging. Despite finding that “public perceptions of e-cigarettes vs. cigarettes harms influences population tobacco use patterns” and subtly recognizing that there are big differences in potential harm between smoking and vaping, the ACS is opposed to harm reduction as a concept. In fact, the organization consistently touts a misleading caveat that “no e-cigarette has been approved as a tobacco cessation product” to their study conclusions, undoubtedly confusing both the public and policymakers alike.

This environment of doubt and confusion toward products that have helped smokers quit is unhealthy and dishonest, but the ACS research strongly suggests that harm perception is guiding product use and increasingly guiding nicotine consumers toward the more dangerous option: combustible tobacco.

It should be shameful to the public health community that their (purposeful?) deceit to the American people over the risks of vaping is leading to a big rise in the belief that safer products are more harmful than smoking. More alarmingly, their misinformation is driving the public more toward than away from cigarettes, which are proven to cause 480,000 deaths in the United States every year.