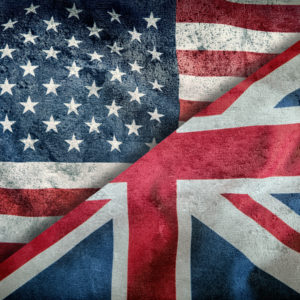 LONDON — You can hardly imagine the embarrassment of the Brits over one of the all-time tempests in diplomatic teacups. It was one thing for the highly proper British ambassador to Washington, Sir Kim Darroch to send a memo back to the foreign ministry in London calling President Donald Trump’s White House “dysfunctional,” “unpredictable,” “faction-riven,” “clumsy and inept” but quite another for the whole world to know what he had written.

It was as though Sir Kim had been overheard spreading the awfullest gossip, engaging in the most terrible language, without the least notion that anyone would ever know what he had said or written. The British media are going crazy over exposure of Kim’s confidential words in a cascade of speculation over who leaked what to whom, how and why. Plot theories abound. Could it have been the Russians, in one of their patented crypto attacks, or were domestic foes of the British establishment doing their utmost to undermine the “special relationship” between the United States and the United Kingdom?

Around the world, chiefs of state, ministers and the diplomats who serve them must be chortling over revelation of Sir Kim’s words. The Brits, of all people, are noted for a superficial politeness over layers of hypocrisy. Not for nothing was the phrase “perfidious Albion,” an ancient name for Great Britain, applied to a land seen by European rivals as deceitful, deceptive and depraved.

That’s not to say, though, that Sir Kim’s estimates of the Trump administration, in memos to the ministry in London, were not justified. A galaxy of columnists for The New York Times and Washington Post would surely nod in automatic agreement when he wrote, “President Trump radiates insecurity” and “something could emerge that leads to disgrace and downfall.” And who would argue with his observation that his language at a recent rally “was incendiary and a mix of fact and fiction” despite “a credible path” for his re-election in 2020. “So much rides,” the ambassador wrote, with indisputable accuracy, “on who the Democrats choose” to run against him.

For Darroch’s diplomatic colleagues, exposure of his assessment of Trump carries an obvious lesson. Be careful or your words may come back to haunt you. What could happen to America’s two major Asian alliances if the Japanese or South Korean ambassadors to the United States were exposed as speaking of Trump in the same terms of derisive realism applied by the British ambassador?

Or, worse yet, what if the frankest views of the American ambassadors to any of these countries were subject to public scrutiny? It’s not hard to picture noisy demonstrators massing in front of American embassies in an outpouring of anti-Americanism with the gravest implications for carefully wrought alliances.

In Washington, the most aggrieved party is Trump, who overflowed with excitement on his visit here last month preening in ill-fitting formal garb beside the queen. It’s not the queen but lesser mortals in the British establishment with whom he now professes to have become thoroughly disgusted.

Sir Kim, Trump tweeted, “is not well liked or well thought of in the U.S.” — a silly observation since no one outside circumscribed circles in Washington ever heard of the man. Moreover, he raved on, it was “good news for the wonderful United Kingdom” that “they will soon have a new prime minister” — a gratuitous swat at Theresa May, the prime minister who’s losing her job over Brexit, Britain’s exit from the European Union. Those words were also back-handed praise for Boris Johnson, the colorful if controversial former foreign secretary and former mayor of London who’s likely to succeed May.

In fact, Johnson, or “BoJo” as he’s known in headlines here, and Trump do have much in common. They’re populist rabble-rousers whom an elite of established academics and journalists can’t stand, and they boast their own patented hairstyles. BoJo prefers the tousled look, which seems so much the same every day as to suggest it’s carefully combed that way, while Trump now has his hair swept back smooth. They’re both blond, which means next time they meet they’ll no doubt have to compare hair dyes as well as styles.

As everyone knows, however, Sir Kim’s words were on target. Trump’s response is that of a wounded beast; for now the best he can do is tweet his criticism of May’s miscalculations over Brexit and his outrage over Sir Kim’s evaluation. U.S. relations with Britain will be no worse for wear if only because of the all-importance of the U.S.-British alliance.

The controversy is sure to blow over with Sir Kim’s resignation after Trump denounced him as “a pompous fool,” but a similar brouhaha over messages from Korean or Japanese or American ambassadors might have much more severe consequences. Ambassadors everywhere should take the hint. Someone’s out to get you — and the alliances you are supposed to uphold.