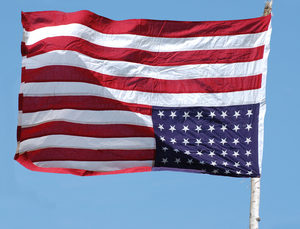 U.S. Under Attack From Within

The news reports on the radio sound like shots from a war zone. Someone killed in a shooting in a high school. A police officer killed by someone he was chasing. A civilian killed by a police officer.

Then come the much greater tragedies, killings of three or four or five or six at a time, shootings at schools, finally the slaughter of 11 worshipers at a Jewish synagogue in Pittsburgh. That was enough to drive off the front pages the story of the nut who sent out bombs from his home in Florida to CNN and liberal politicos. Not to worry; his bombs, after all, never exploded. Forget him.

You wonder, though, after hearing this incessant drumbeat of violence, death and destruction, what kind of country you’re living in. Koreans should consider themselves blessed. They live in a land of relative law and order, where the streets are pretty safe and you don’t really worry about being out late on a dark and stormy night.

Oh, that’s right. South Koreans still have to worry about the North Koreans, Kim Jong-un’s nuclear arsenal and those tens of thousands of hungry soldiers armed to the teeth with thousands of cannon north of the demilitarized zone. Still, no one thinks Kim would order an attack while hopes are high for peace and reconciliation in an era of dialogue.

The United States, though, is already under attack — from the forces within, from the epidemic of opioids and other drugs, from the fear not just of isolated crazy people but of crazy leaders, from thugs in high places, from politicos hell-bent on destroying their rivals. Trump may not be so bad as a phalanx of hostile columnists make him out to be every day, but he hasn’t helped by praising idiots for beating up other idiots at political rallies.

Oh, that reminds me. On Tuesday, Americans go to the polls to vote for 35 senators for six-year terms in the upper house of the American Congress and to cast their ballots for two-year terms candidates for 435 seats in the lower House of Representatives. Trump is campaigning in a spirit of desperation as if he himself were up for election, not just all the people who must be elected to keep him from getting impeached.

One platform Trump is not standing on: demands for outlawing automatic weapons, to be able to check to see who’s using them, at what age, where such weapons are sold, why someone wants to buy one. In fact, in a moment of sheer stupidity, Trump suggested the Pittsburgh massacre would not have happened if the synagogue had had an armed guard.

Good luck with that argument! The trouble, as everyone knows, is that the all-powerful National Rifle Association is a major donor and friend of Trump and the Republican Party. Not even another slaughter will persuade the NRA of the need to temper the unlimited power of a member to fire away at targets real or imagined.

The elections Tuesday are about much more than the power of the NRA, but continuing killing makes that issue timely and compelling. You have to wonder, since no one’s doing a thing to curb the NRA or the right of every adult American to own and shoot a weapon like any soldier on a battlefield, whether Americans, deep in their hearts, actually like to turn on the TV or radio and hear about the latest killing.

Maybe we as a country crave the sharp adrenalin rush of panic, to be followed by maudlin outpourings of empathy, then to be followed by police investigations and trials. Could it be the slaughter appeals to some inner instinct, some unacknowledged desire to see who’s next, what’s the next episode in the drama? That is, of course, if it’s not happening to you.

The Pittsburgh synagogue massacre may not lose any votes for Trump. The shooter may strike liberals and leftists as having been a Trumpkin, the epitome of all that’s wrong, a living reason not to vote for a president who talks up violence and prejudice. OK, but true Trumpkins will no doubt love him, anyway.

After all, he did speak up, did he not? My gun is my voice. My words are deadly. Definitely enough to keep you from changing channels on the TV, to stay tuned to the news on the radio. Is that what Americans want? Maybe Trump has his fingers on the pulse. We’ll have a better idea after Tuesday’s voting.